THE Ad-Dhairat us-Salihiyya Dhikr Group in Cape Town held an auspicious commemoration of the Prophet Muhammad's birth at Masjid ul-Khair in Mitchells Plain recently. It was also a celebration of the birthday of its Shaykhah and leader, Hajjah Naeema Manie.

In a touching ceremony, Hajjah Naeema asked Shaykh Ninowy for the traditional baya (oath of allegiance). In response, Shaykh Ninowy said he would not only give Hajjah Naeema his ceremonial  hand, but give her ijaza (permission) in all the Sufi Orders he is permitted to practice.

The moving mawlud was concluded with exquisite birthday cakes given to Hajjah Naeema and Shaykh Ninowy by the members of the Dhikr Group. 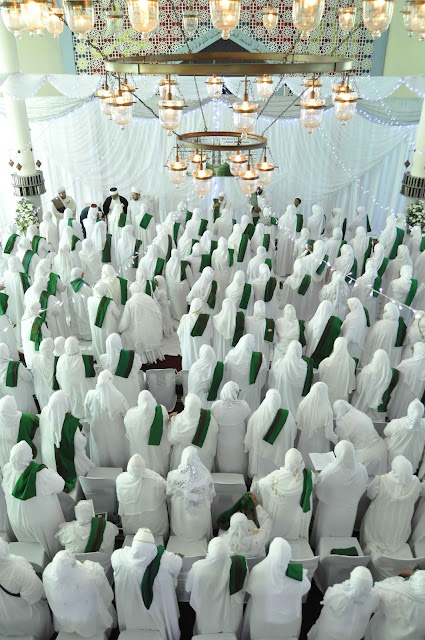 Posted by Shafiq Morton at 3:52 AM