Shaikh Naazim 'Adil al-Haqqani: a giant of our time passes on

ON 7 May the Muslim world lost one of this era’s most extraordinary personalities. Maulana Shaikh Naazim ‘Adil al-Haqqani – the 40th in a line of Naqshbandi Sufi Shaikhs from Sayyidina Abu Bakr (ra) and the Prophet (SAW) – passed away in his 92nd year.

The Shaikh, who visited South Africa in 2000 together with his son-in-law, Shaikh Hisham Kabbani, was renowned for his simple wisdom and ability to appeal to the heart. He is said to have had millions of mureeds, or followers.

Born in Larnaca, Cyprus, Shaikh Naazim displayed spiritual qualities from the age of five, engaging in ‘conversation’ with Umm Hiram, a Prophetic companion buried near his birthplace. When his mother would call him, he would answer that she was one of his ancestors.


This made Shaikh Naazim a Sayyid – a blessed descendant of the Prophet (SAW) – from the Hasani and Hussaini lines.


As a youth, Shaikh Naazim completed secular and religious studies. He qualified as a chemical engineer in Istanbul, and when asked by his professors to engage in scientific research, answered that his heart was more attracted to the spiritual sciences.


He studied under a number of famous Shuyukh of his era, and took on Shaikh Abdullah Fa’iz ad-Daghestani in Syria as his master in the Naqshbandiyah Sufi order. When he returned to Cyprus, the Ottoman Caliphate had been abolished and religious practice had been banned.


His first action was to climb the minaret of Larnaca and to make the call to prayer. The authorities jailed him for a week as a warning. He then went to Nicosia and made the adhan in all its mosques. The authorities laid 114 charges against him, and he was facing over 100 years in jail when the law was changed.


Shaikh Naazim moved to Damascus in 1952, and was given many character tests by his Shaikh. In one, he was ordered to walk from Damascus to Aleppo, and to stop at every village and town to talk about Islam. It took him a year. He did the same in Cyprus and Turkey, earning the nickname of the ‘Green Shaikh’.

In another karamat, or miraculous sign, Shaikh Naazim was given ten coins by the great Sayyid. These coins, which date to the fifth century, are kept in the family home at Lefke in Cyprus.


In 1973, Shaikh Naazim’s Grand-Shaikh passed away and the mantle of the Naqshbandi tariqat, or path, was passed on to him. He moved back to Cyprus, and until his health slowed him down, travelled to the Far East, the Americas, Europe, Africa and Asia where he spread the influence of the Naqshbandi Order.


Shaikh Naazim was a fierce protagonist of the Prophetic middle way, and he always preached moderation, good manners and tolerance whilst being a strict disciplinarian with his close mureeds. His forthrightness, however, earned him the wrath of the Salafi-Wahhabis who felt he was an undesirable innovator.


In the US and South Africa I was fortunate, as a photographer, to witness the quality of his character. Having lived with his entourage in New York and Washington in 1998, I never saw him ever utter anything contrary to Shari’ah, and I never saw him ever miss the night prayer – or say any of the strange things attributed to him by his antagonists.


A man of great humour and compassion, he was always accessible. I saw thousands mesmerised by his spiritual luminosity and become Muslim at his hands.


Even in South Africa, his blessings were evident. He was also a man of many karamat, or saintly miracles, which he never dwelt upon. I saw some myself, but to him, they were just things that happened. My abiding impression of him is his istiqama, or total consistency, as a Muslim and  decent human being. 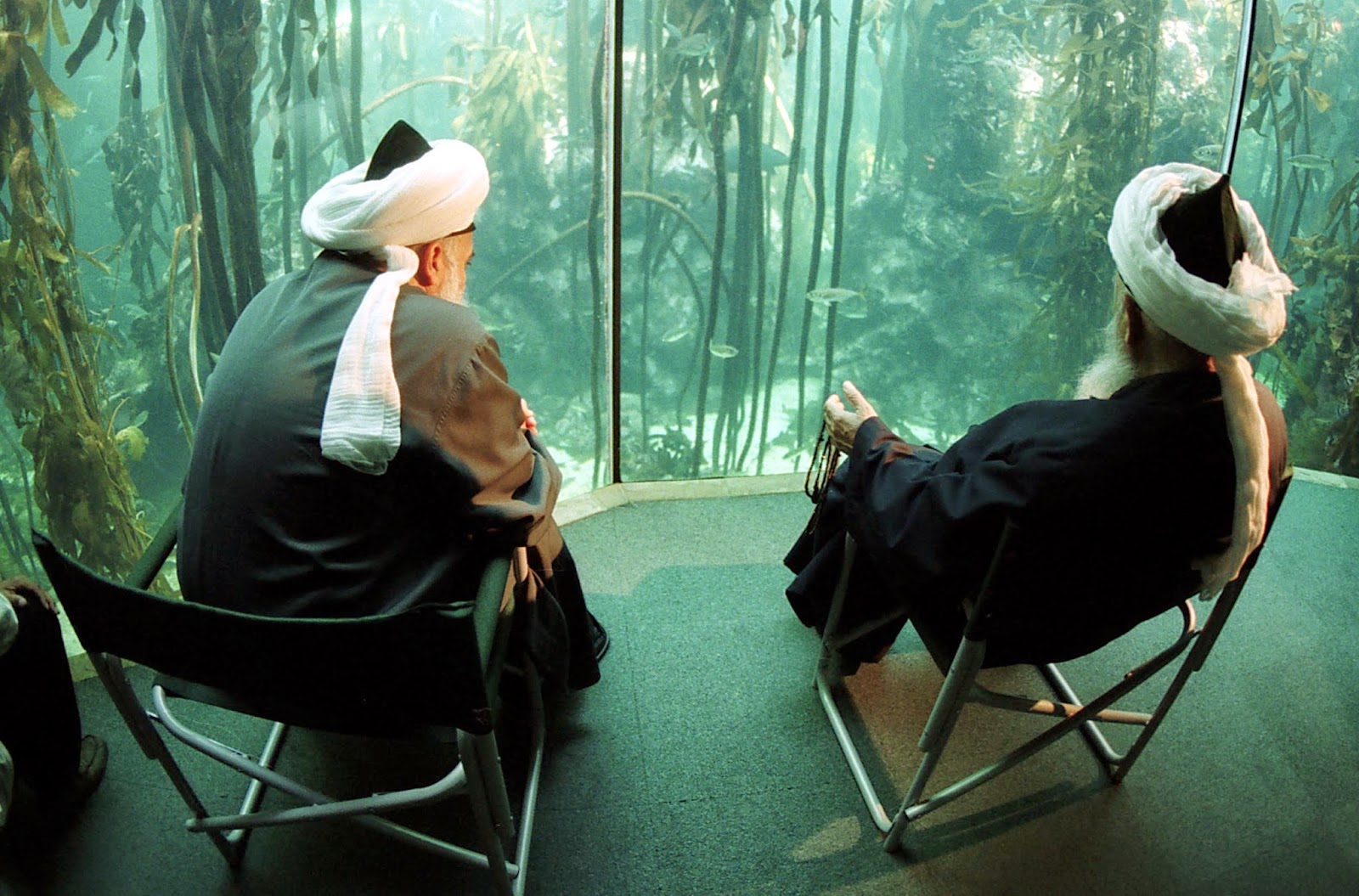 Space does not allow to me further encapsulate the life of a spiritual giant of our time, a man who brought millions – including kings, queens and presidents – around the globe together in humility and love.  May his illuminated soul rest in peace, ameen.

Skaikh Naazim (left) and Shaikh Hisham Kabbani at Cape Town aquarium.
Posted by Shafiq Morton at 9:34 AM No comments: