In Midrand, between Johannesburg and Pretoria, there is a sight that ought to belong to the landscape of Istanbul. On a highveld koppie one notices the unexpected pencil-thin minarets of a Turkish mosque. They dominate the skyline, the crowning glory of a 52-hectare complex developed by Turkish businessman, 75 year-old Ali Katircioglu.

Said to have cost R 1.3 billion, the mosque is a scaled down version of the Sulaimaniyyah mosque in Istanbul, one of the grandest projects of the 15th century Ottoman architectural master, Mimar Sinan. In spite of being smaller than the original, Midrand's Nizamiyyah mosque is still a huge building framed by four 50 metre-high  minarets and a dome that is 31 metres off the ground.

The mosque complex also consists of a clinic, an educational facility and a shopping centre, where people can sip coffee, enjoy Turkish kebabs, browse in a bookshop and buy sweetmeats. Inside the mosque courtyard one enters a world of tranquility and aesthetic mastery where the soul is uplifted. 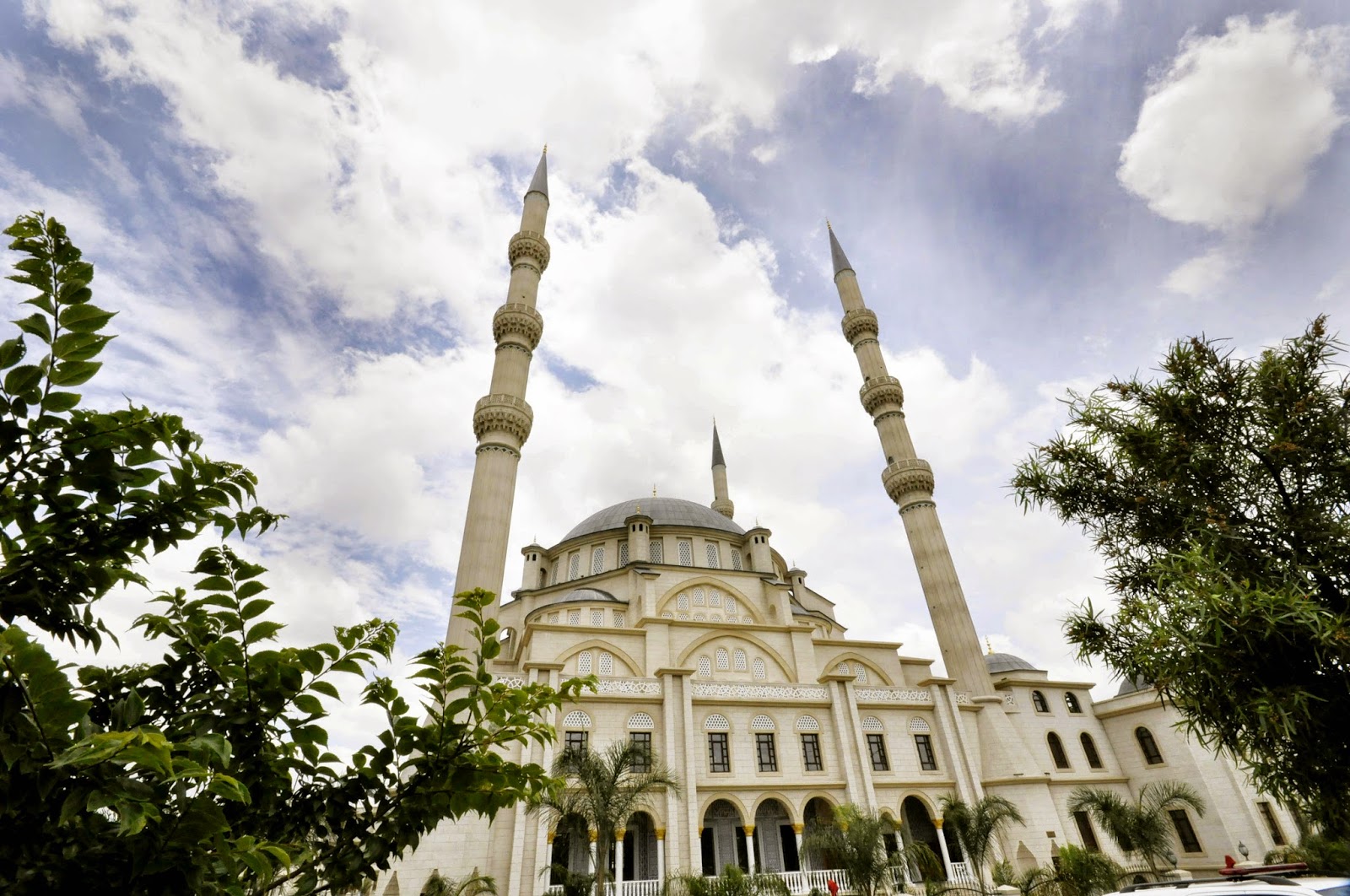 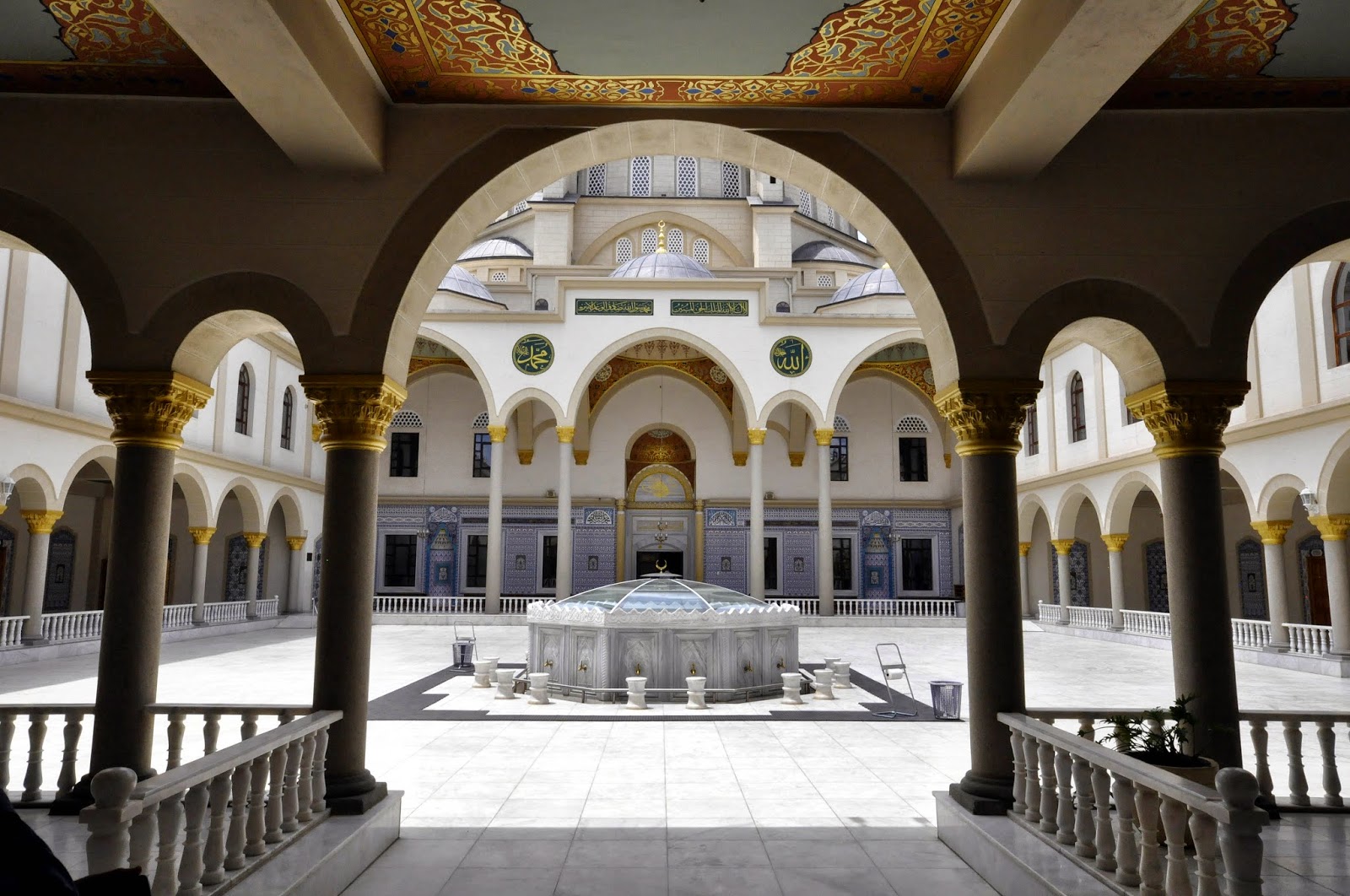 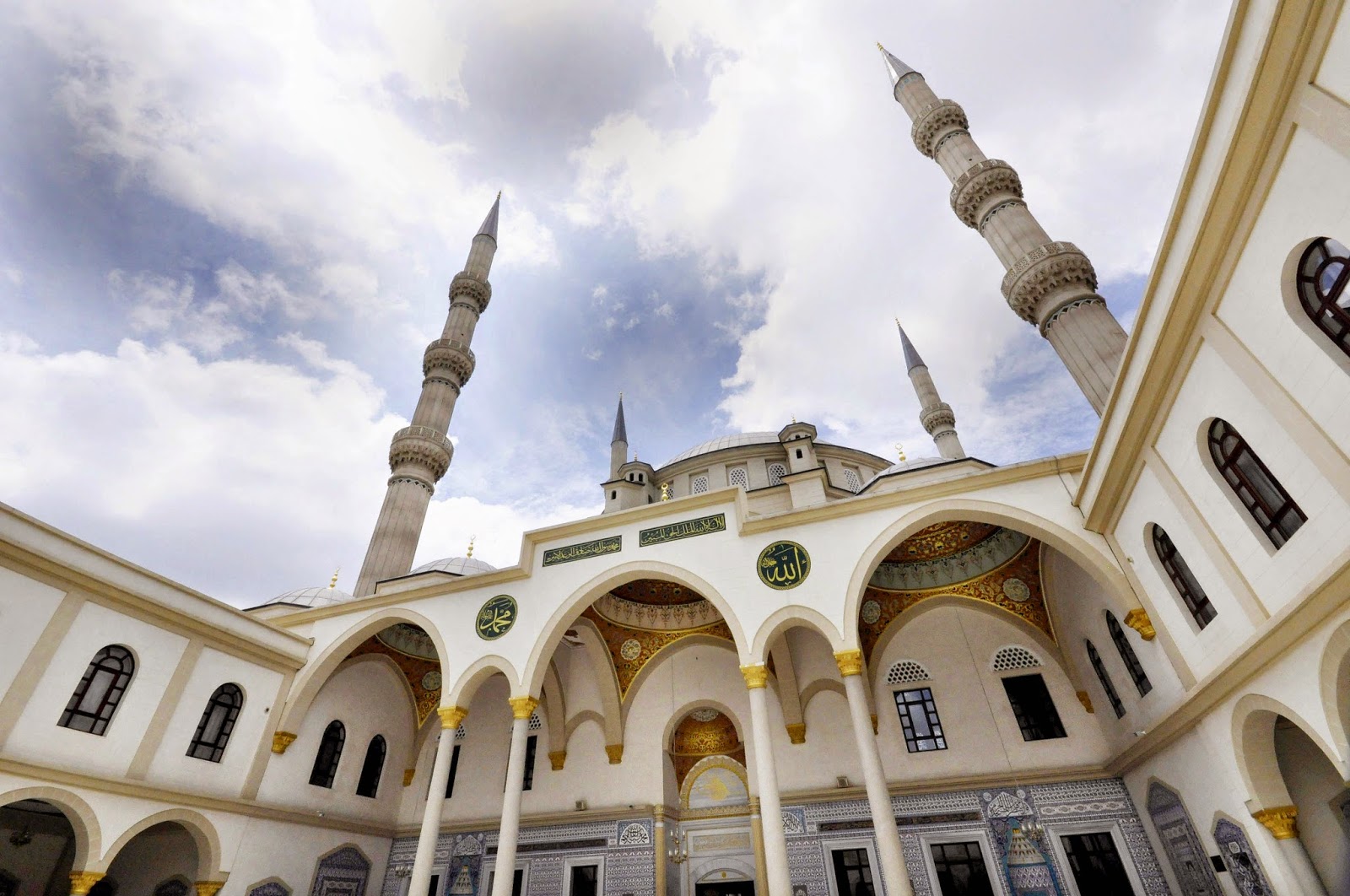 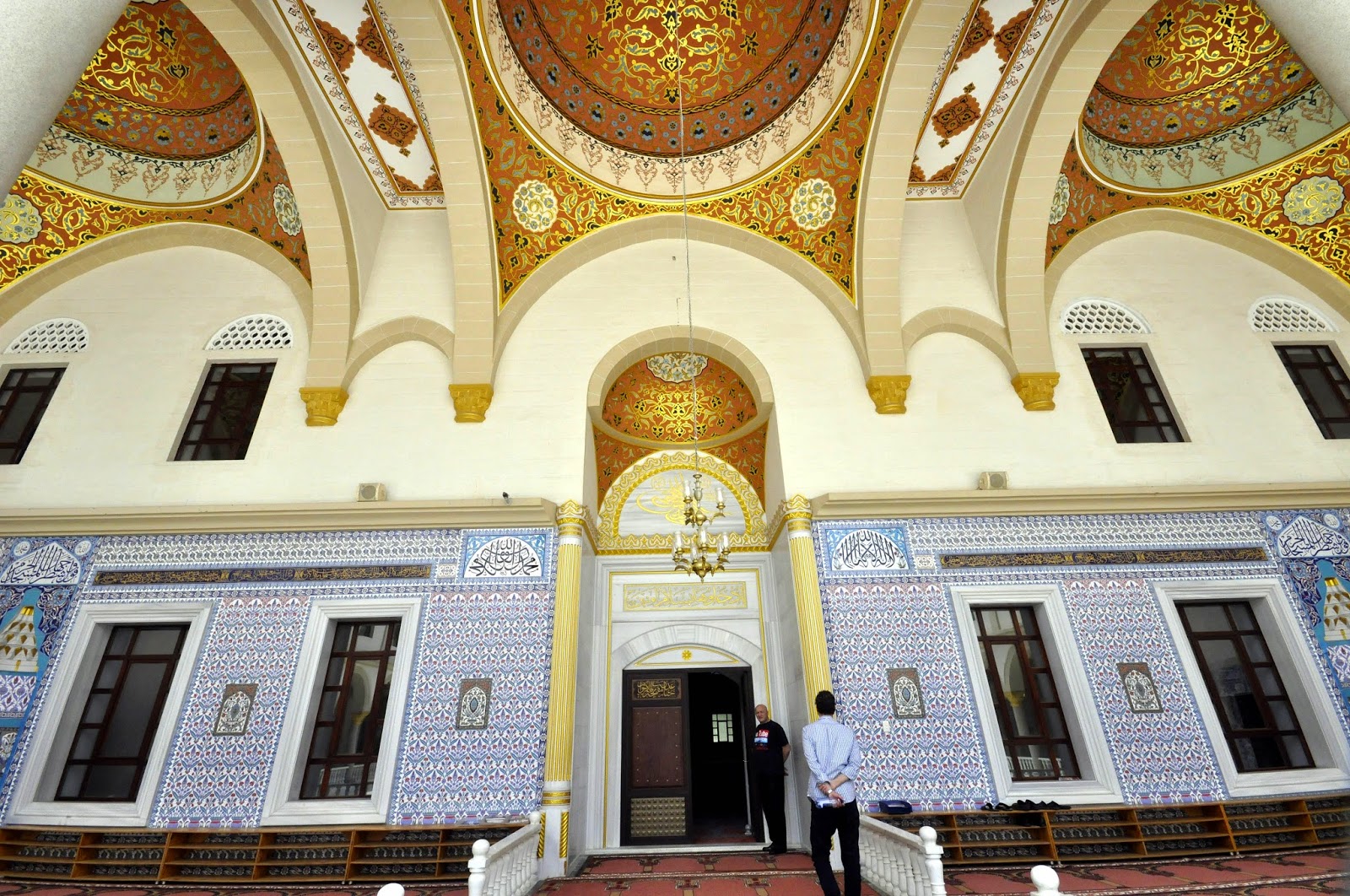 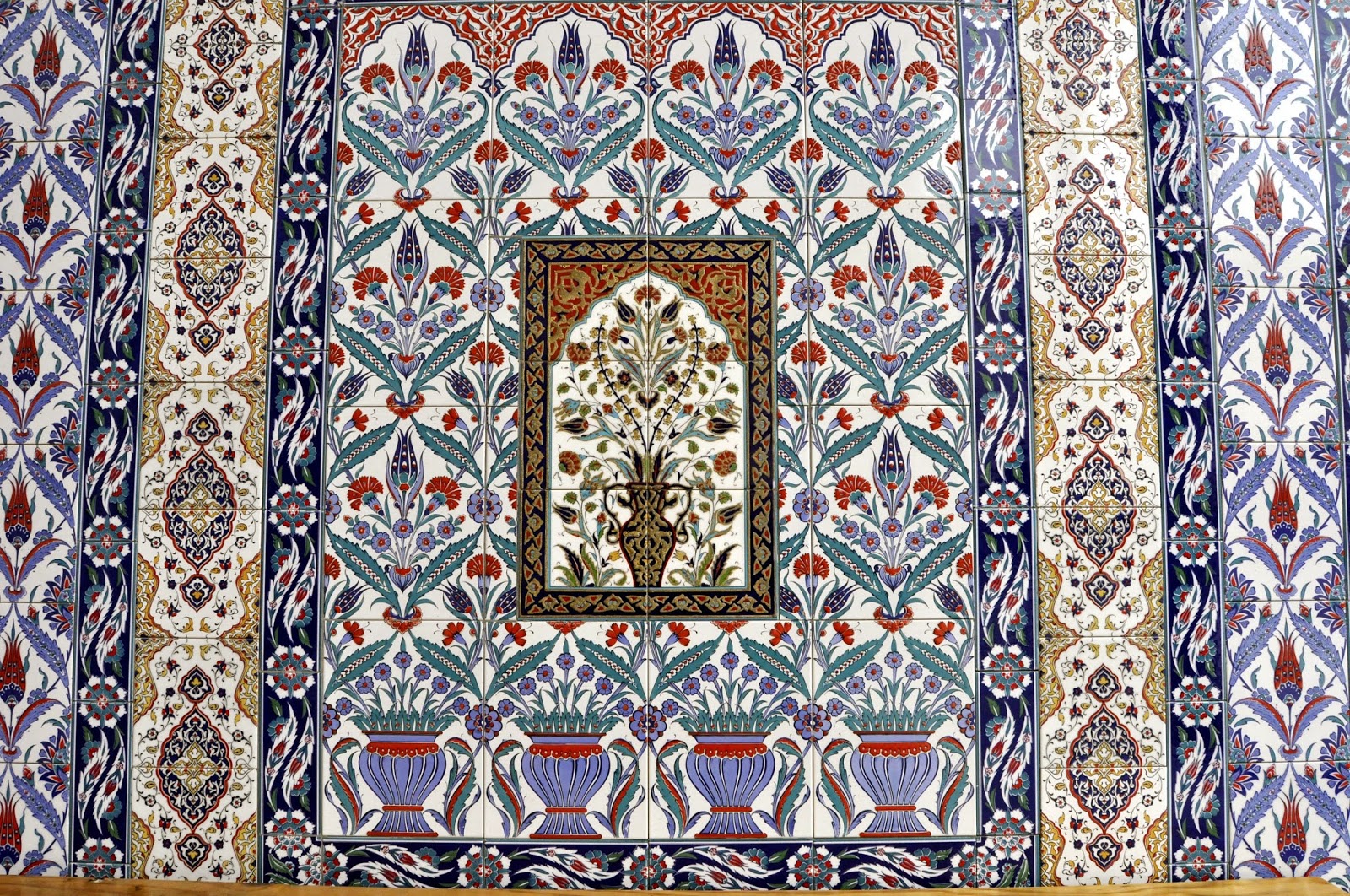 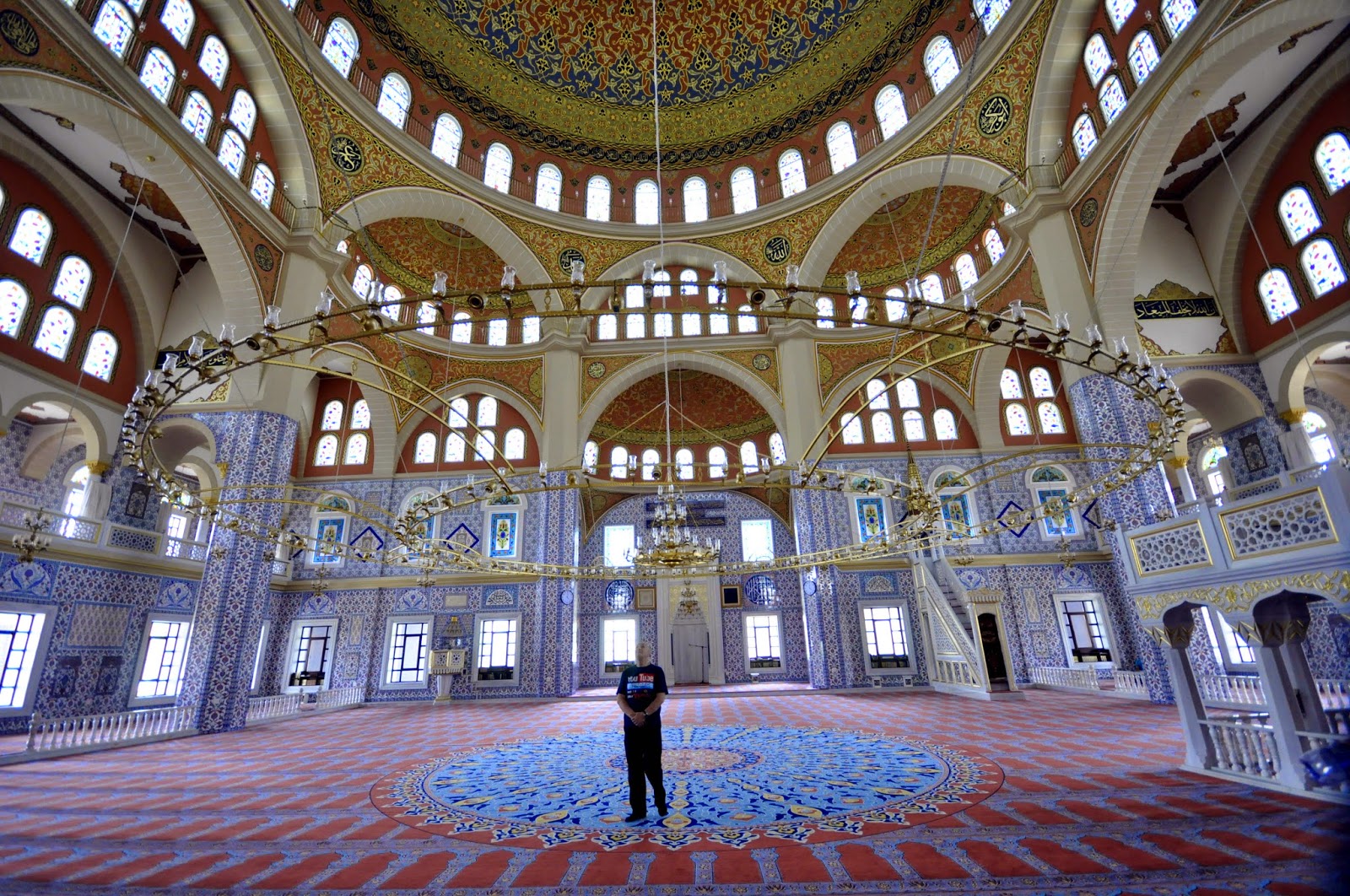 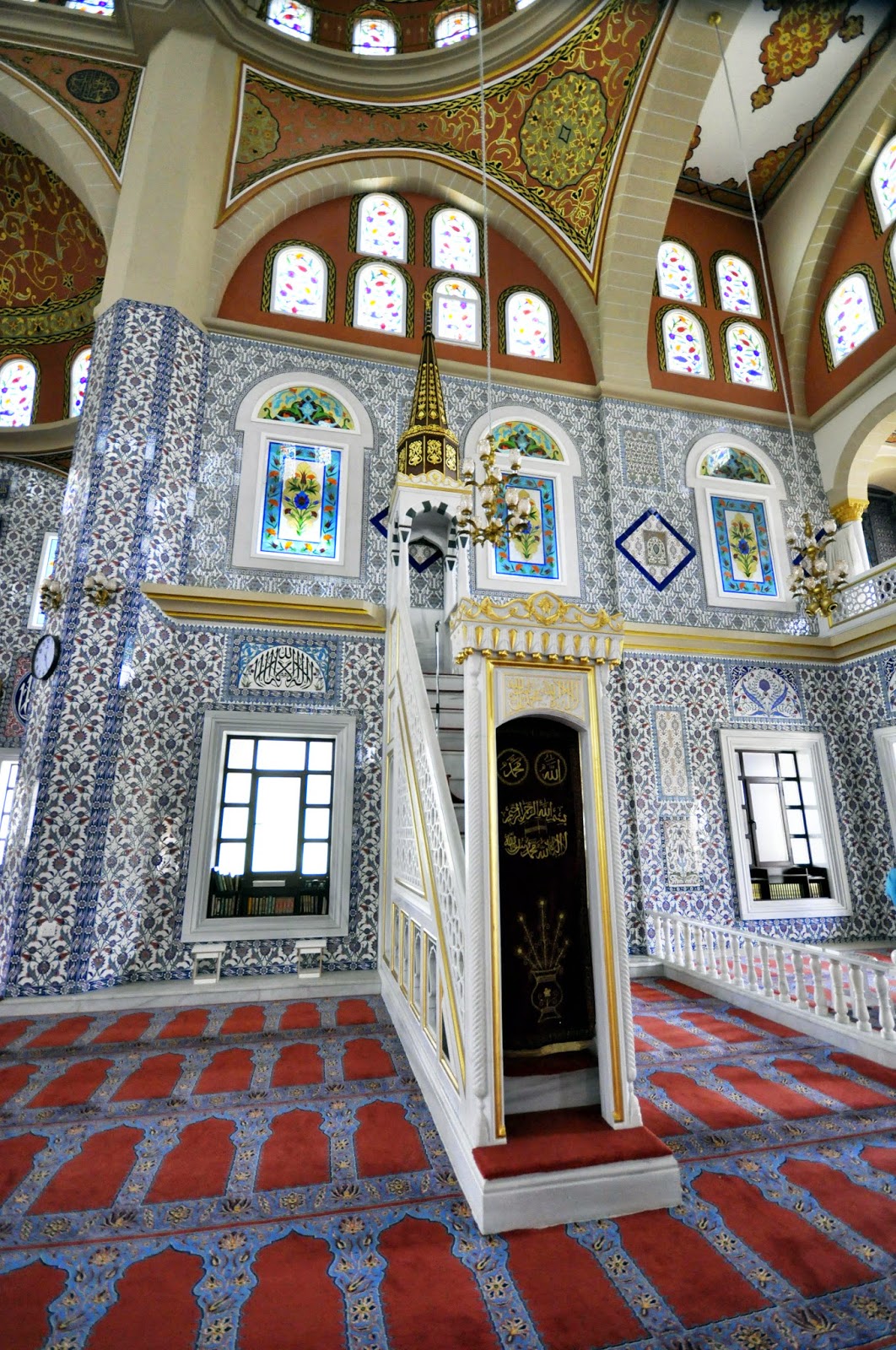 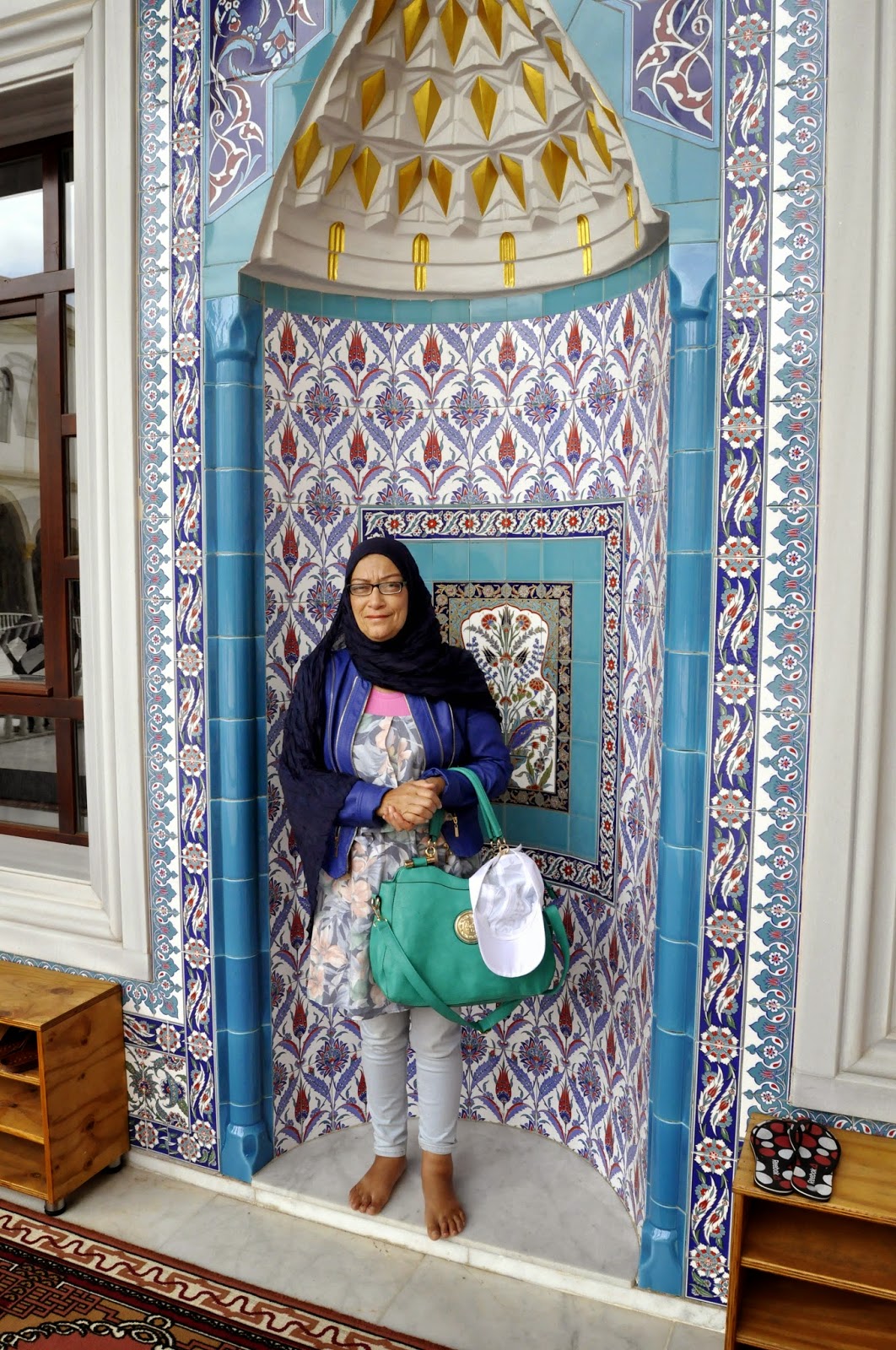 
IN SUMMER when you travel from the city centre to Sea Point, you’ll always feel cool air wafting off the Atlantic. And on baking evenings – when people migrate to Sea Point’s lawns to escape the heat – it’s difficult to leave.

This reminds me of Madinah, a sanctified city, for which the Prophet Muhammad
made copious prayer. Madinah effuses one with the cooling presence of the Prophet in the same way the Cape Atlantic does.

“O Allah, make us love Madinah as much as we love Makkah, and even more,” was the Prophet’s invocation. Indeed, there is not a visitor who does not long to return to Madinah – a fertile, palm-fringed oasis that attracted wandering Jews nearly 2,000 years ago.

These tribes migrated to Madinah in 70 CE after the final destruction of the temple in Jerusalem. They trekked there to await a prophet who’d liberate them from the Diaspora. Ka’ab al-Ahbar, a rabbi who became Muslim, was once asked what the Torah had told the Jews about the expected prophet. He replied:

“We find him named the son of ‘Abdul-Allah, his birthplace Makkah, his place of migration Madinah …we find him neither coarse of speech nor rowdy in the market place. He does not return wrong with wrong, but instead forgives and pardons.”

Because of the Prophet’s clemency, Madinah is imbued with immense peace. It is not a noisy place. Its inhabitants are known for their gentleness. This is ascribed to the tradition that no-one must raise their voice in the presence of the Prophet.

As Dr Mostafa Badawi, a resident of Madinah, has written: “Madinah is a universe unto itself…each atom of it vibrant with a life intensified by the immense blessings of the Prophet…”

Even the soil of the city has special properties. I can remember going to a quiet spot near Quba to collect small bags of clay. Called the Turab al-Shifa’ (the Healing Clay), it had been used by the Prophet to heal sickness.

It has always led me to believe, like Mostafa Badawi, that even the dust of Madinah has barakah, or blessing. The Companions certainly thought so, and have been recorded as saying that when the Prophet entered the city, everything became illuminated.

“There has come to you from your Creator a Light…” says Allah, the Highest, informing us of the Prophet in Surat ul-Ma’idah (The Table Spread).

Indeed, it was Sayyidina ‘Ali – the Prophet’s cousin and son-in-law – who said that the Messenger of God was light before he became form. This incandescence, this nur, travelled through the backbone of Adam, the first prophet, into the DNA of the Quraish.

These Hijazi Arabs knew that they were carrying the genes of a prophet. Sayyid Muhammad ‘Alawi al-Maliki reports that scholars could detect no marital impurity – and not even a hint of paganism – in at least 500 of the Prophet’s direct ancestors.

Nizar, the son of Ma’ad, saw the nur of the Prophet centuries before he was born. Ilyas even heard the labbaik – the invocation of the Hajj – in his spine. And so powerful was the Prophet’s pre-natal presence that Ka’ab gathered the Quraish and warned them of his coming ten generations before his noble birth .

This light moved to the forehead of ‘Abdullah, the Prophet’s father, and then to the womb of Amina, his mother. And when the noble Prophet was born (miraculously circumcised and in the position of prostration) Amina was able to see the palaces of Syria in the blaze of light that followed.

Of course, this radiance is not like an LED display. The Prophet was not a lamp in the literal sense, and whilst his knowledge was figuratively illuminating, his body did at times emit spiritual luminosity.

These instances are regarded by the scholars as miraculous signs of his elevated status. Sayyidah A’ishah did see beads of the Prophet’s sweat brighten a darkened room, and the Companions did witness flashes from between his incisors when he spoke.

The significance of this, as we’ve already said, is that the Muhammadan Light was the first light to be shaped. “I was light in the hands of my Lord,” is the axiom of the Prophet that supports Sayyidina ‘Ali’s account.

For added to this extraordinary radiance is a shimmering, unimaginable cloud of divine creatures originated from pure light. They surround the Prophet at all times. These are angels praising, protecting and extolling the honour of the blessed Prophet.

His soul alive in his grave, the salutations of every Muslim are carried to him by another angel – and returned tenfold – no matter where believers find themselves. Other angels show him the deeds of his community, about whom he cares for and prays constantly.

These angelic beings are rivers of colour; every dawn 70,000 descend upon the Prophet’s noble grave in Madinah, and at every sunset they ascend to be replaced by another 70,000. No same group of angels ever returns.

But on the Day of Resurrection these angels will surround the green-robed Prophet astride the buraq, his prophetic steed, in rows upon rows. It will reflect a majesty that will defy earthly imagination.

It is at that moment that the Prophet, Allah’s most praised one, will be granted the Maqam al-Mahmud (the Station of Intercession) in fulfilment of his special request – that he be allowed to ask for the relief of his people.

For us in the ranks of humanity and the jinn seeing our imperfections, this will be a glimmer of hope. In the same way Adam, the first of conscious mankind, saw the Prophet’s blessed name inscribed on the Divine Throne when he first lifted his head, our hearts will be filled with awe.
Posted by Shafiq Morton at 6:32 AM No comments:

Bela Bela: the pot that boils

Bela Bela, near Warmbaths, is Tswana for "the pot that boils". It is an apt description for the geo-thermal water that percolates through the earth's crust at extremely high temperatures. Bela Bela is also part of the lowveld, a region with a moderate climate and rich soils which support a plethora of game. With its wide expanses and spectacular summer skies, its a good place to visit. 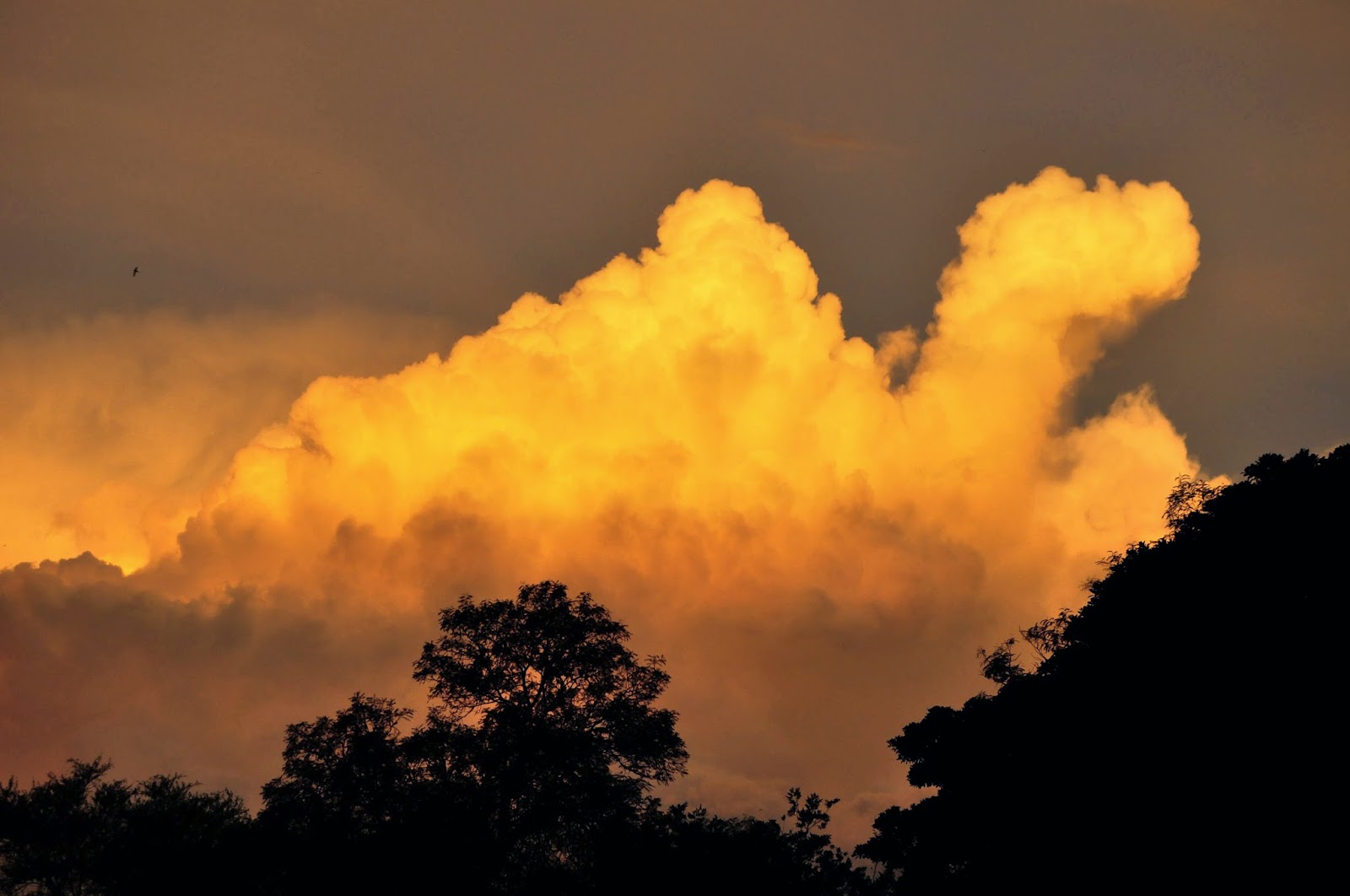 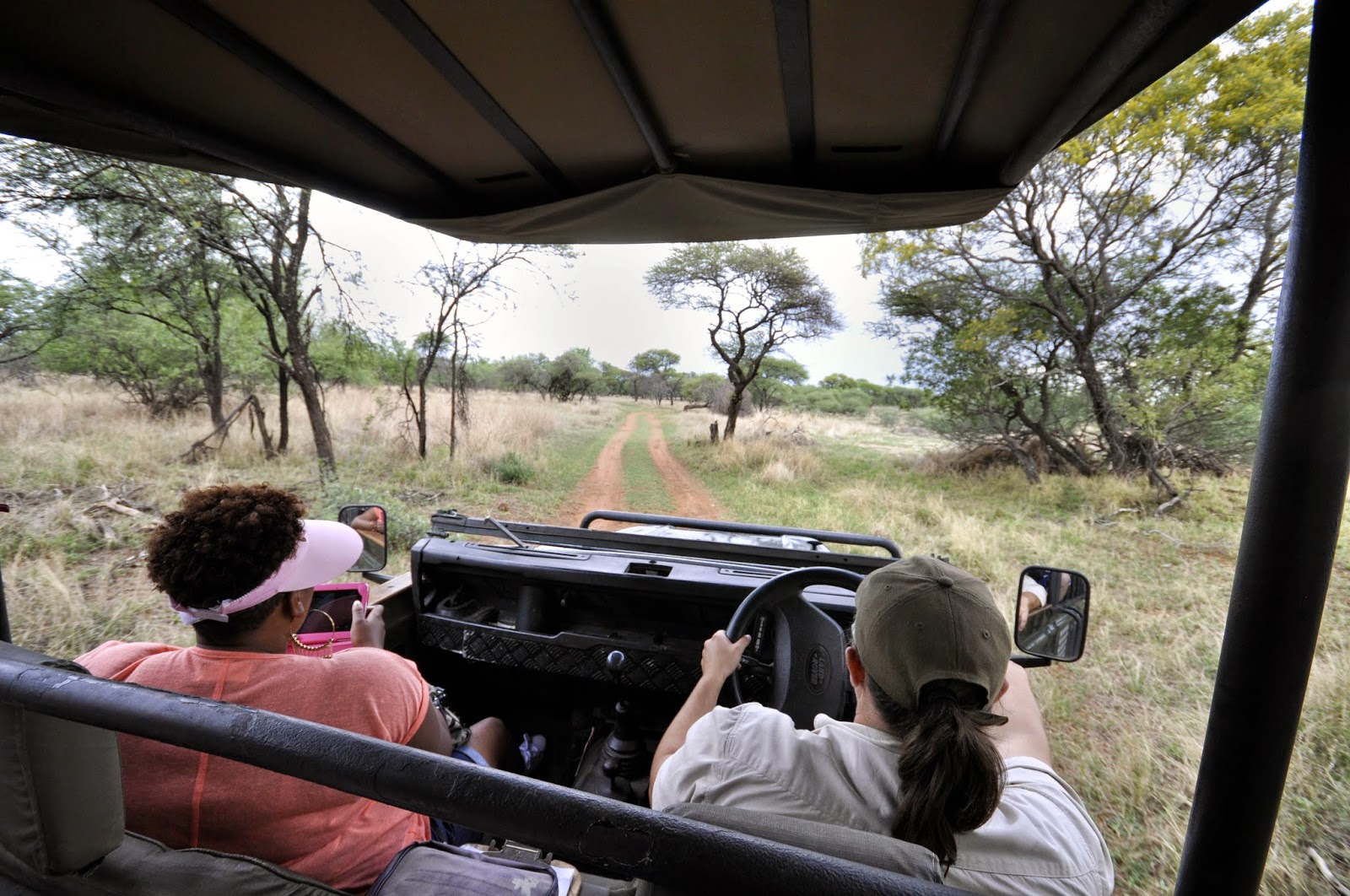 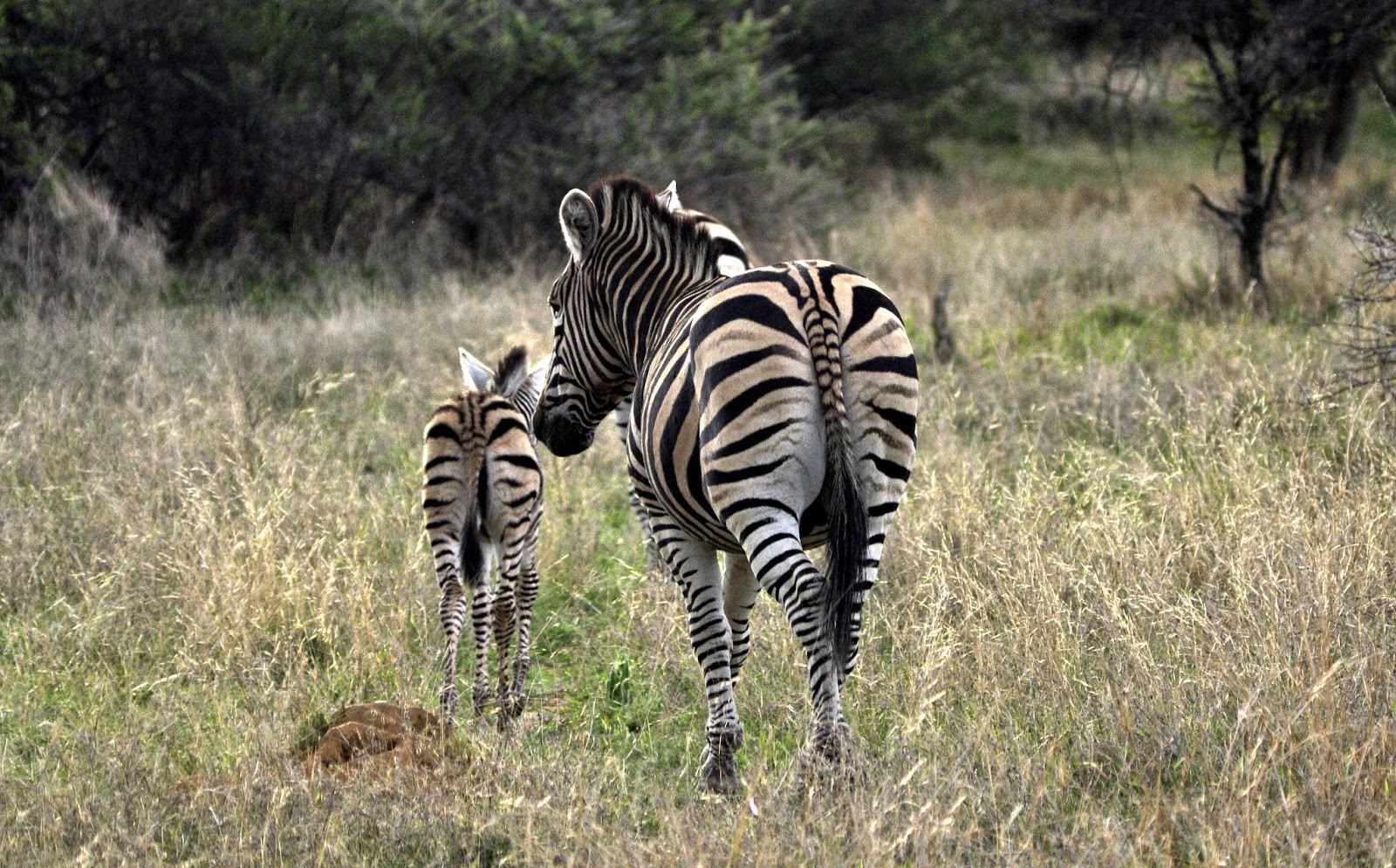 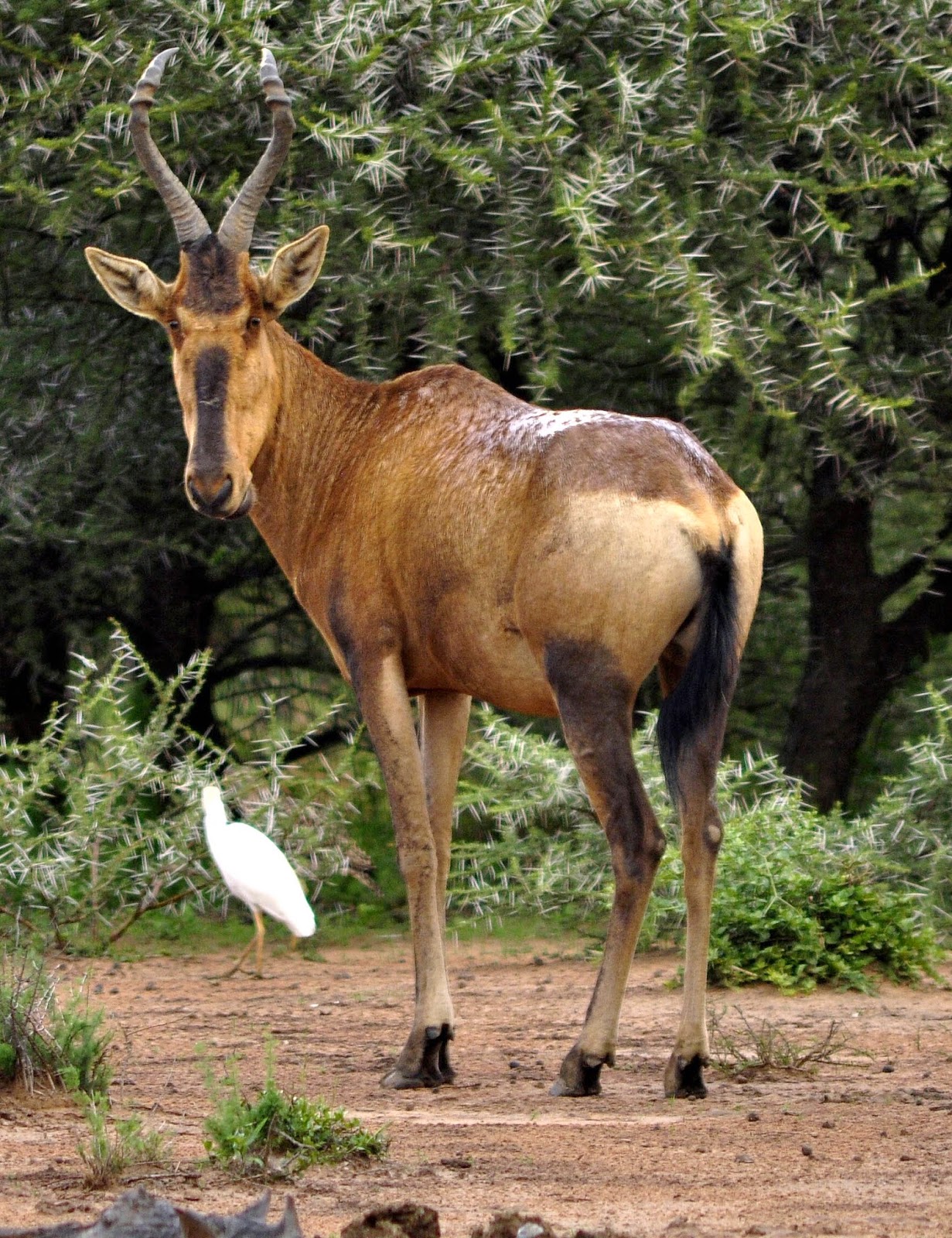 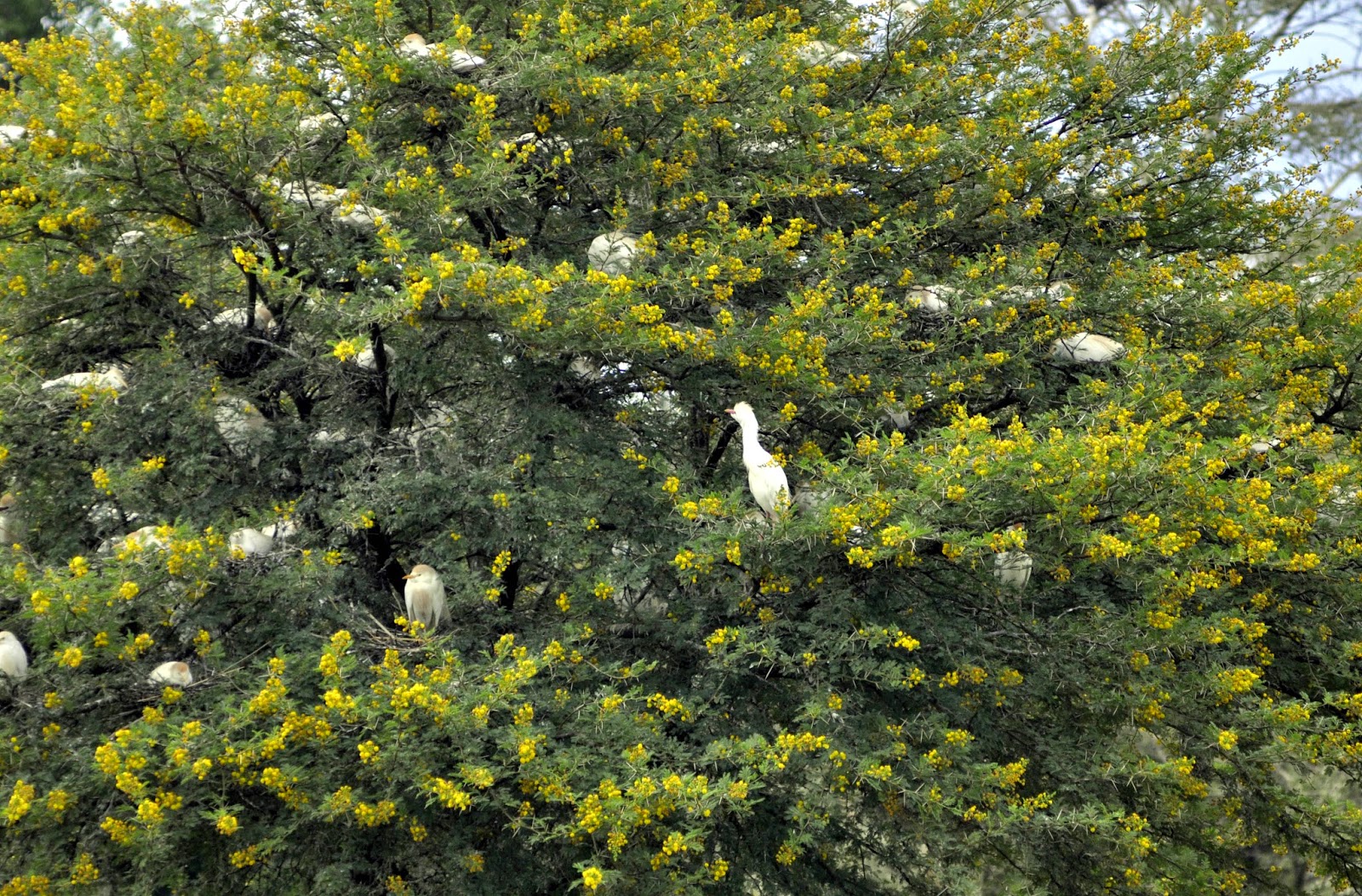 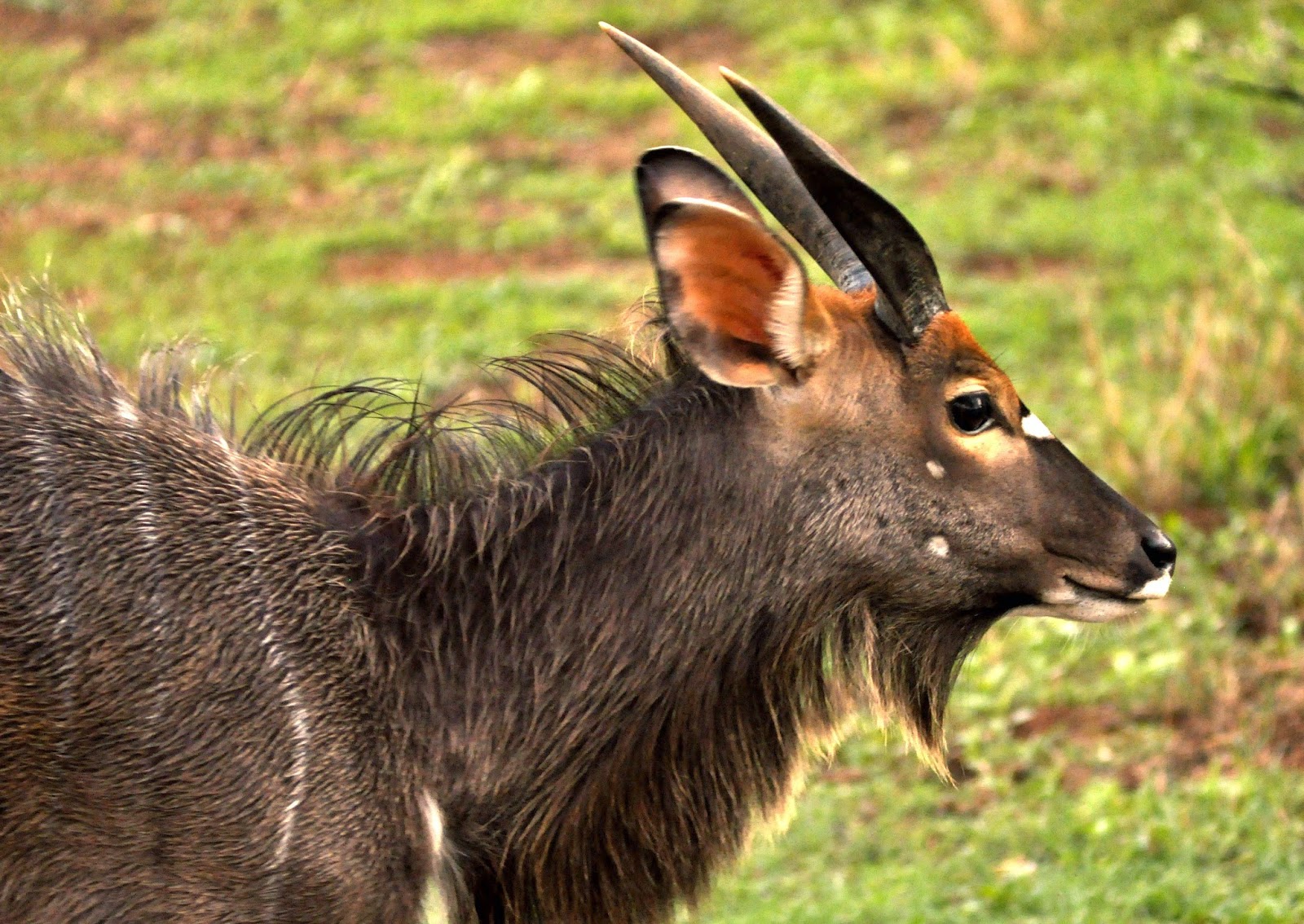 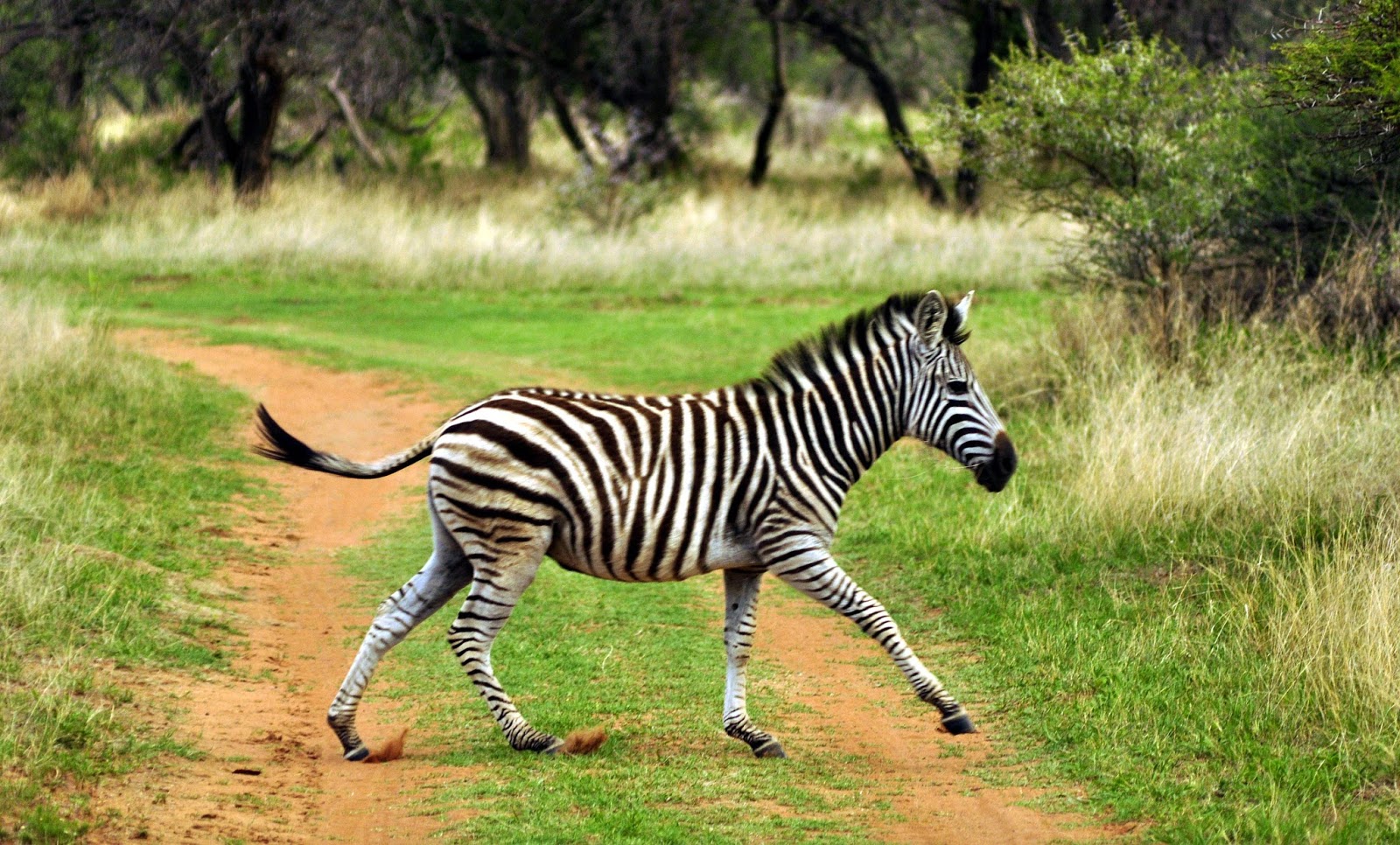 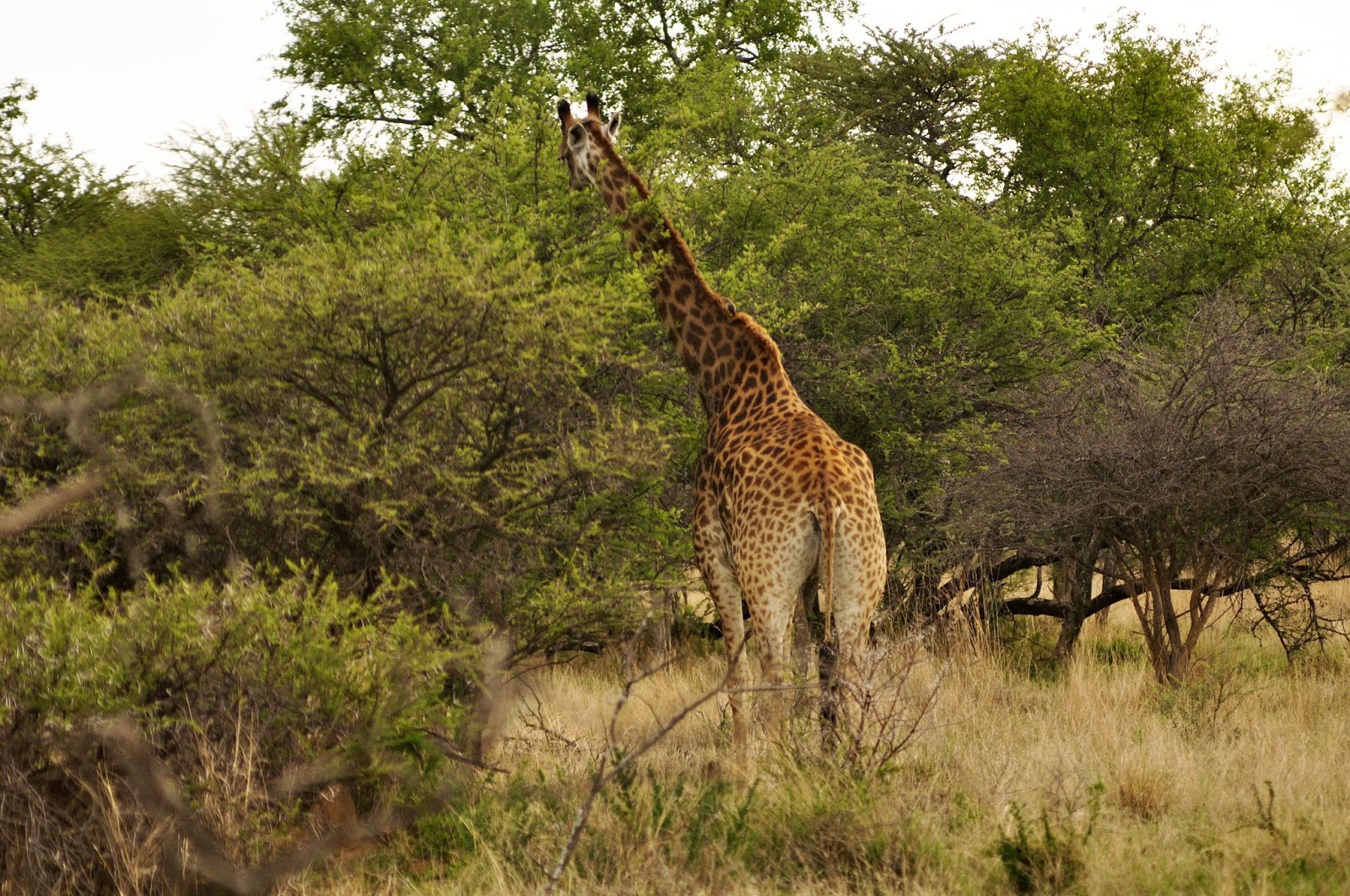 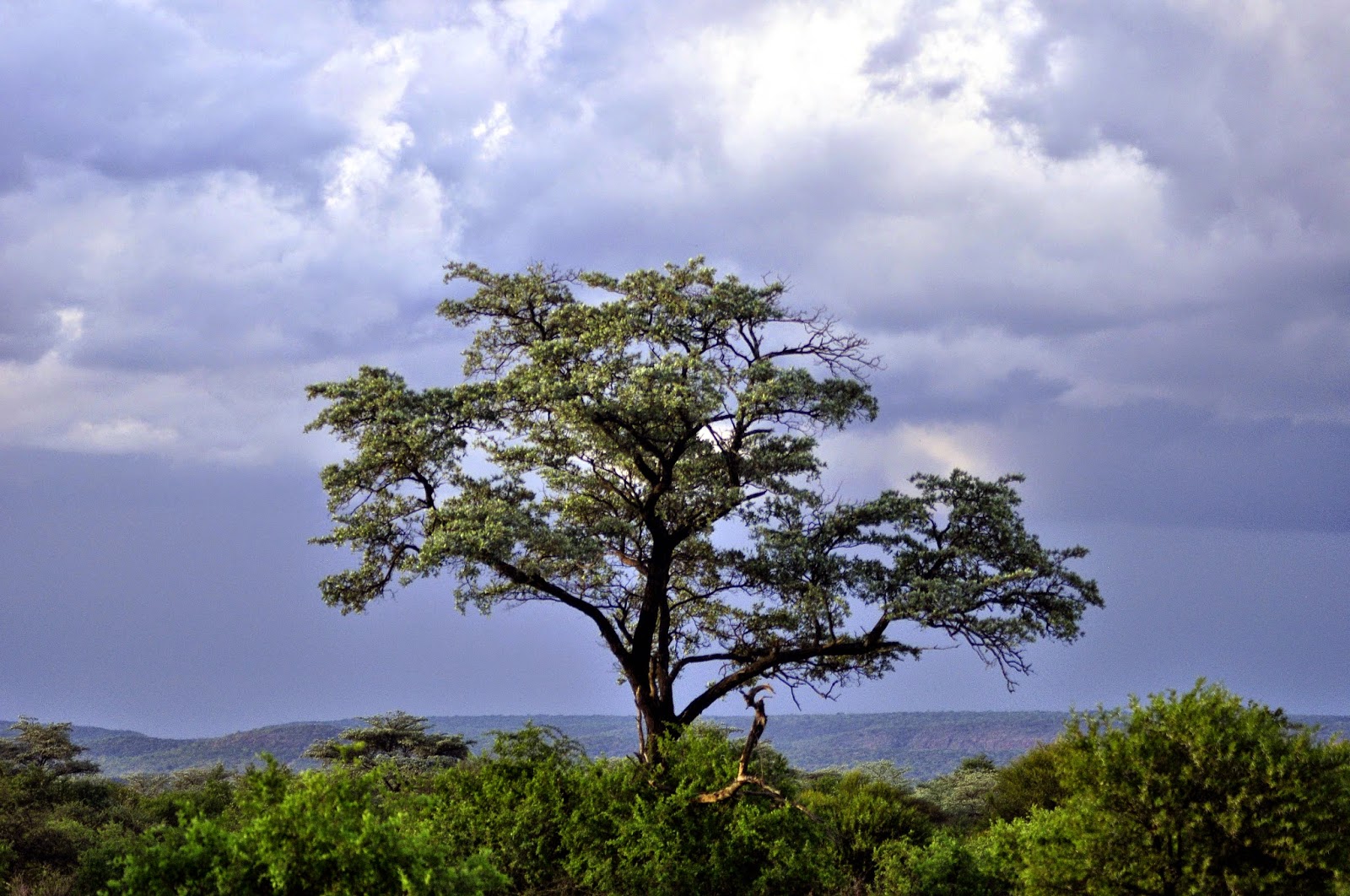 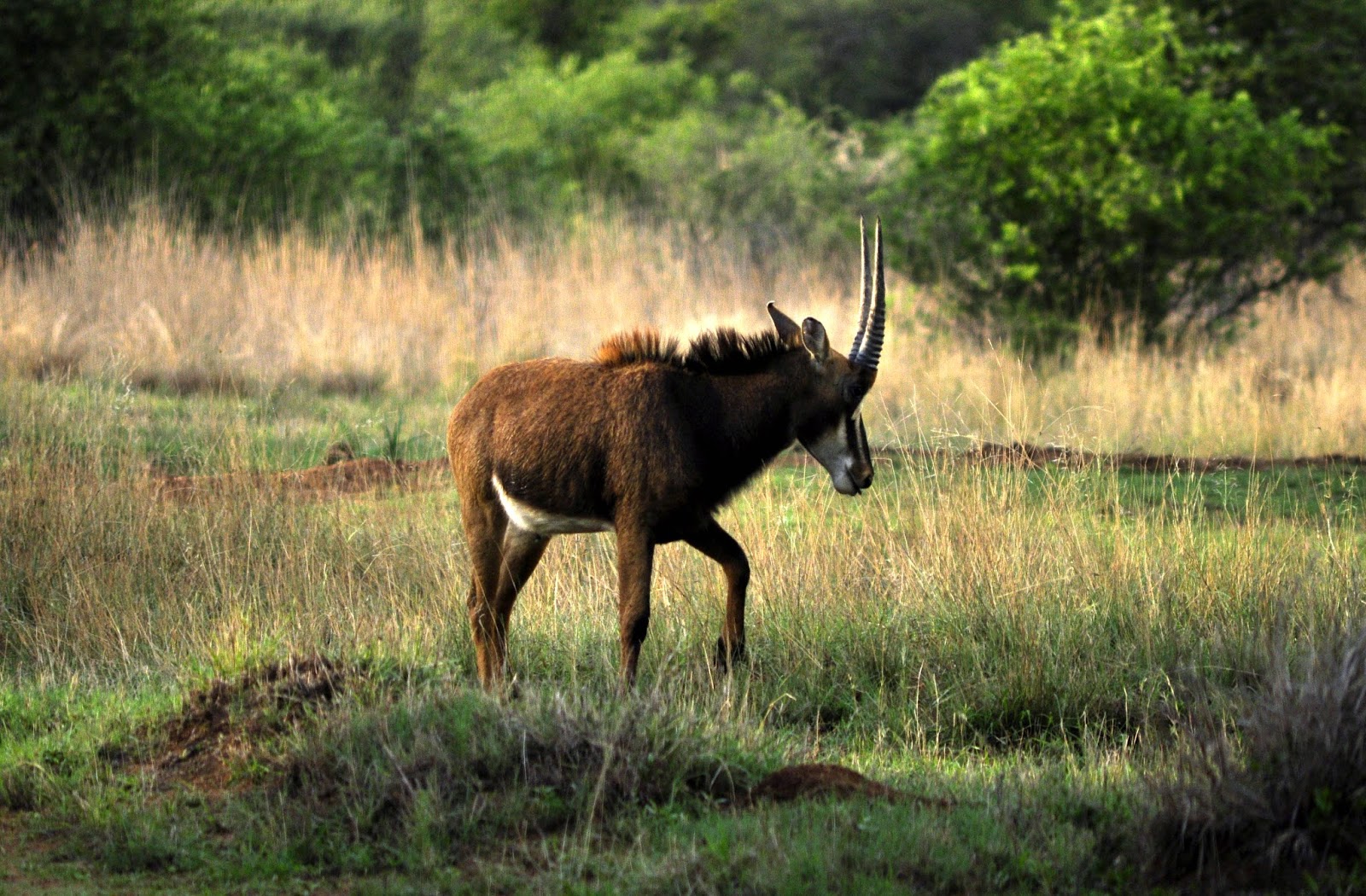 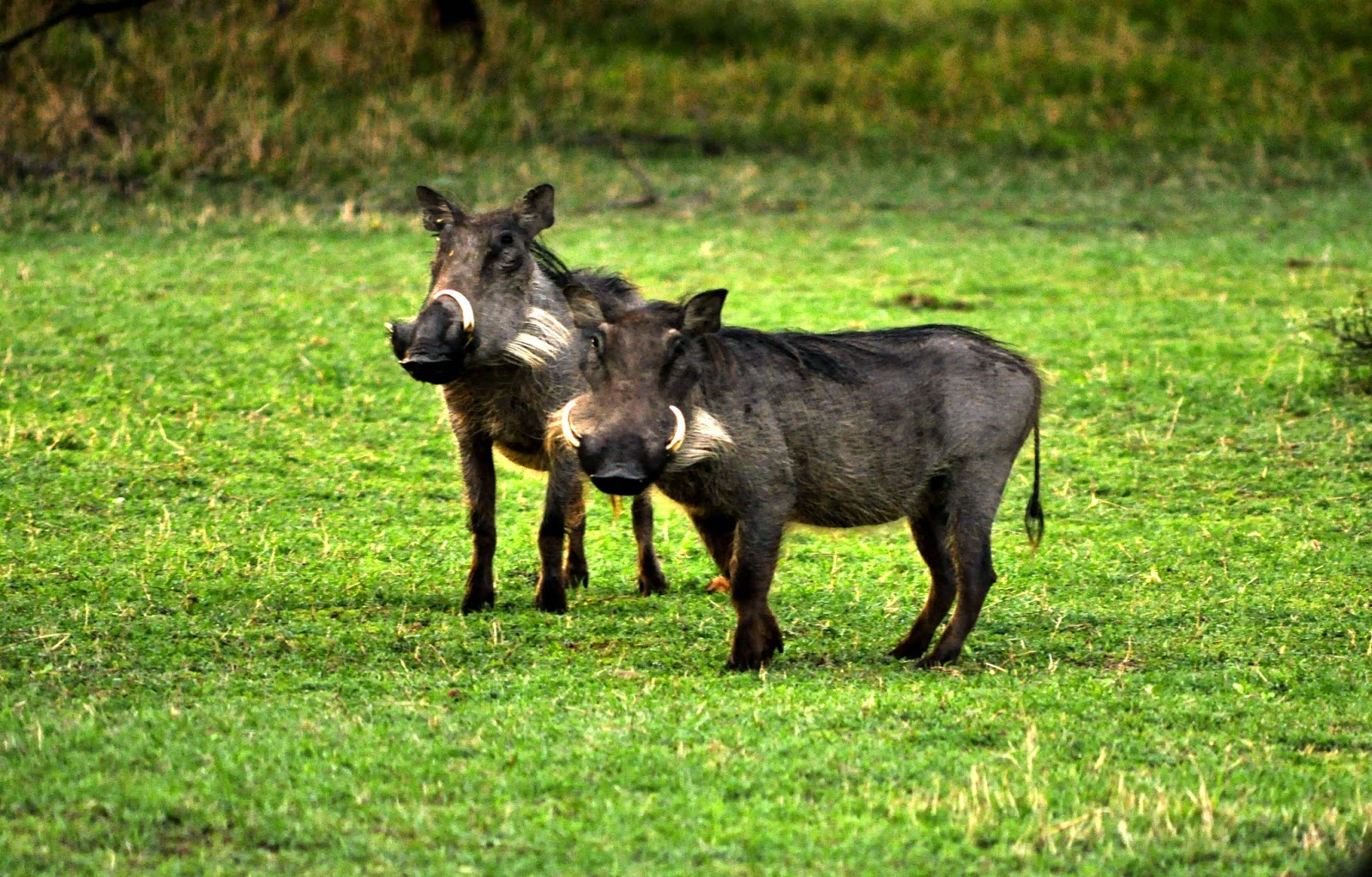 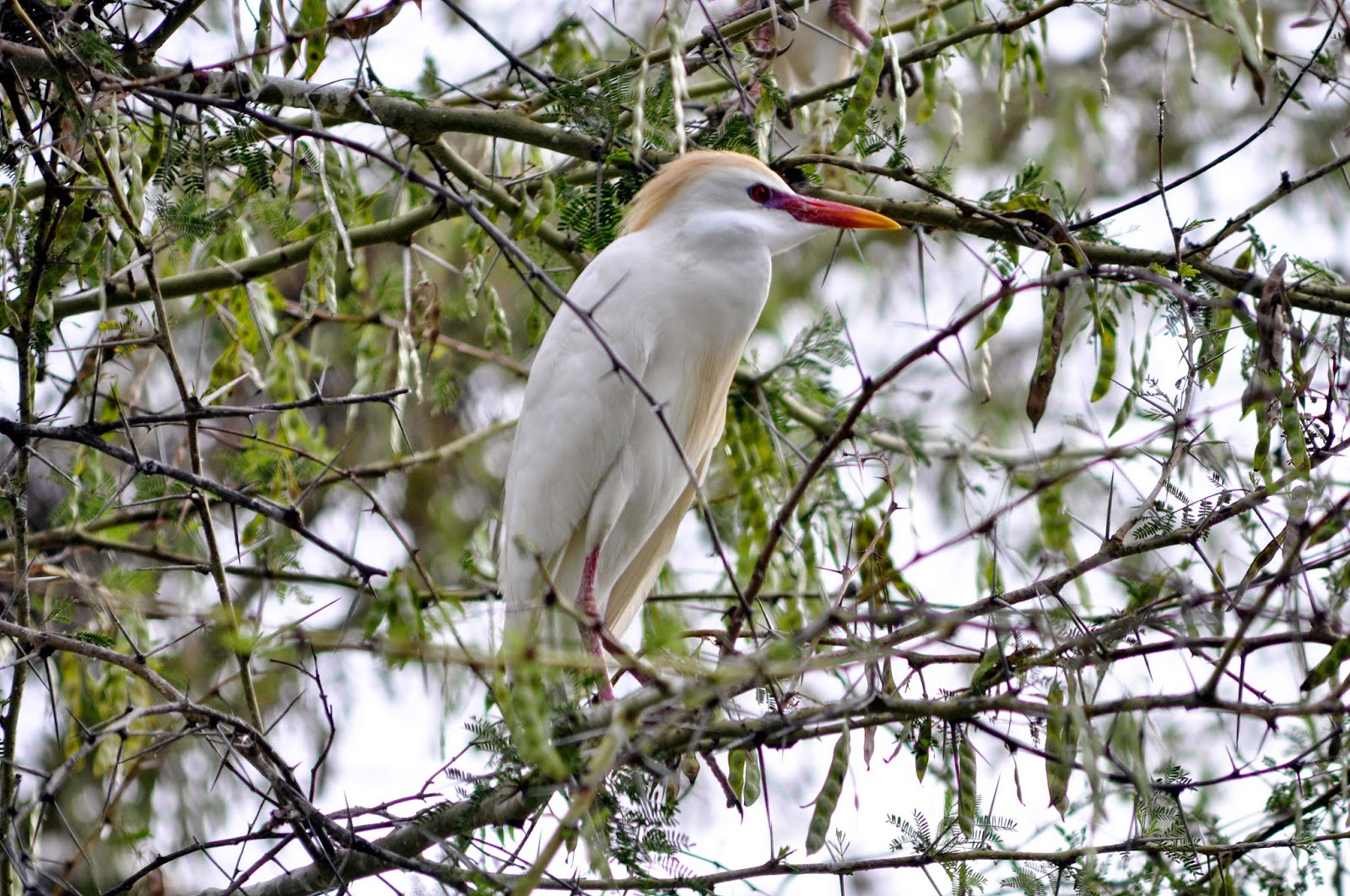 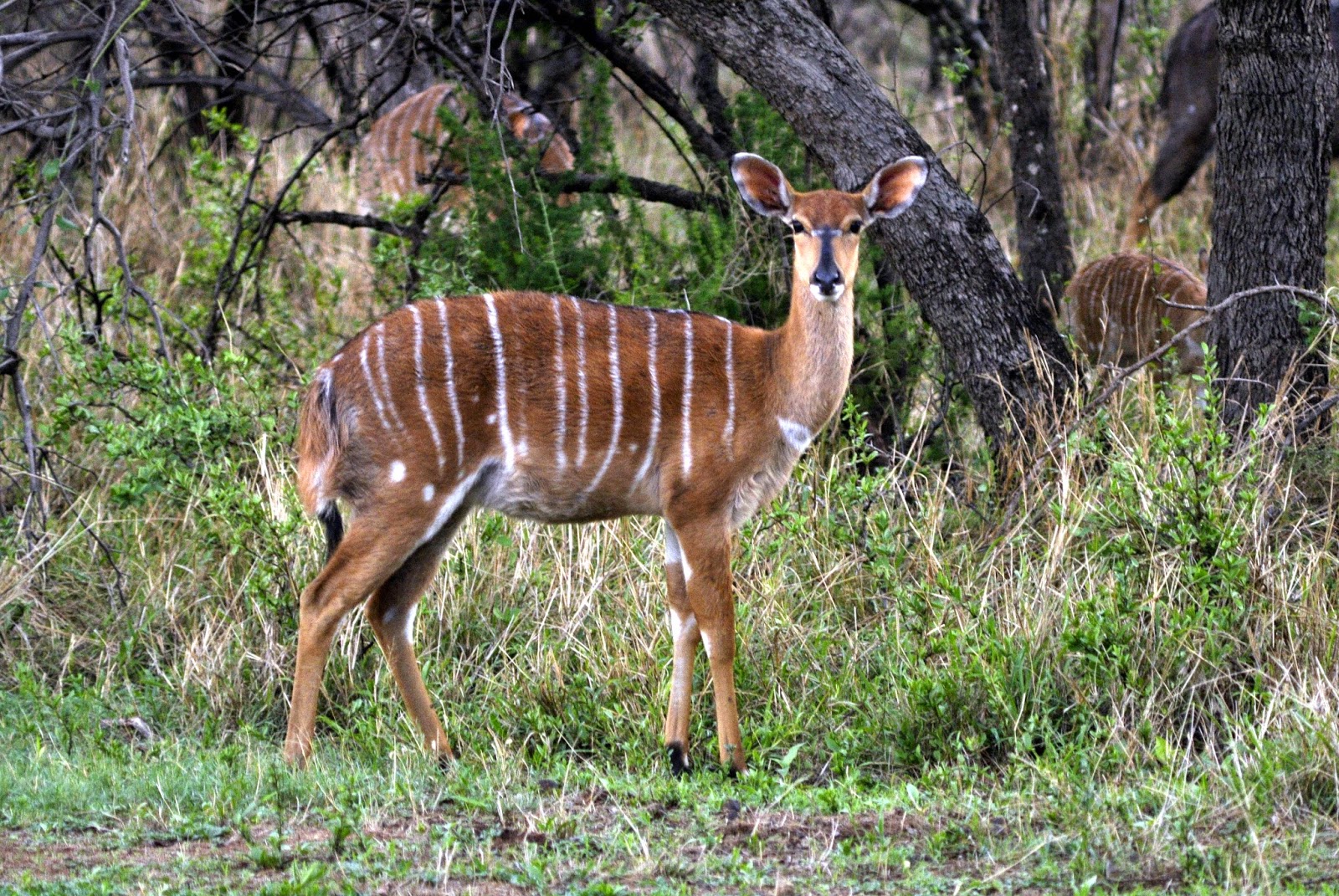 Posted by Shafiq Morton at 5:40 AM No comments: