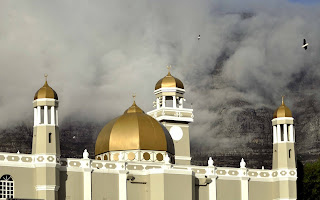 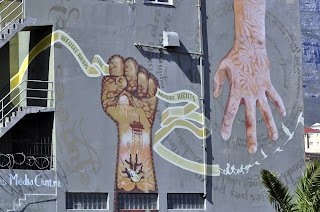 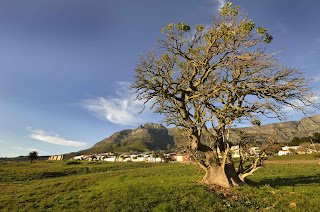 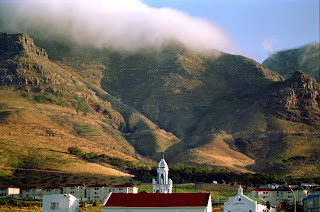 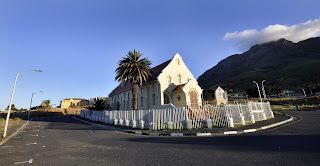 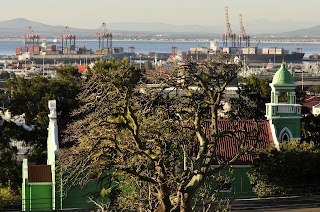 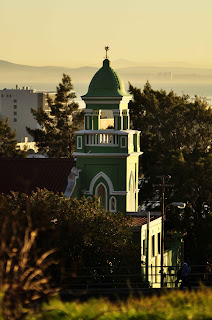 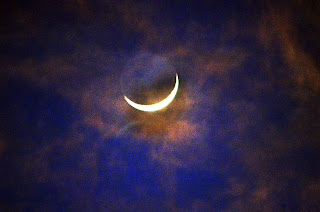 THE Qur’an is many things to many people. It is a tapestry of injunctions, prophetic history and natural wonder; it invokes Heaven and conjures up Hell; it indulges in masterful transitions. Not of literature, not of poetry and not of prose, the Qur’an is matchless.

It leads us on a journey from Surat ul-Fatihah, its opening chapter, to the final whisperings in Surat un-Nas after over 6,000 verses. Unchanged since its first uttering over 1,400 years ago, the Qur’an is the most unique text on earth.

Sublime does not begin to explain it. Qur’an can depict a galaxy in one single letter, or take a whole chapter for a universe. And every Ramadan as I dive into the Qur’an’s infinite depths, I never cease to be amazed. It is, as a famous Sufi once observed, a “Mercy Ocean”.

My interest in Qur’an, as a media practitioner, is how exactly it talks to us. The message and the medium is my daily bread, and the Qur’an is a premium message bearer, or the ultimate “Criterion”, as Allah the Highest reminds us.

And each Ramadan the Qur’an lays at our table its sweet fruits, its tastes, its textures and its tangible truths. This year my journey took me to place I’d never been before: the villains of Revelation. This was when I’d noticed how few historically bad personalities have been explicitly mentioned in its verses.

For this reason, the list of villains is not long, each representing an archetype: Iblis (who refused to prostrate to Adam), Samiri (of the golden calf) and Qarun (the wealthy Israelite swallowed by the earth). Then we have Haman (the Pharaoh’s lieutenant), Azar the idol maker, Abu Lahab and Jalut (slain by Nabi Dawud).

But the most powerful figure of all, one that towers in the text is the Fir’aun, the Pharaoh of Musa [as]. An epitome of oppressive and arrogant rule, I found his wrathful personality jumping off the page.

He was so pompous that he deigned himself divine, and indulged in unspeakable cruelty – such as chopping off the hand and foot of anyone who got in his way. The infanticide of Israelite boys is, of course, his signature atrocity.

The Fir’aun was the kind of man whose stare could chill you to the bone. That is why in Surah Ta-Ha, Musa [as] – usually plucky by nature – tells Allah when sent with Harun [as] to deliver a message to the Fir’aun, that he fears his transgressions.

It is one of the Qur’an’s most poignant moments. Allah, the Highest, calmly instructs Musa and Harun [as] to approach the Pharaoh – a man to all intents and purposes beyond redemption – with “gentle” speech in the hope that he might succumb to His Mercy. “I am with you both,” promises Allah.

The Pharaoh’s ultimate fate – to be “mummified” in abject humiliation as an unbeliever after he cynically recited that God was One to save himself from drowning – is a timeless metaphor.

This Ramadan my fruit from the orchard of the Qur’an is the fact that evil oppressors will be held accountable, whether they are ISIS emirs, or whether they are lording it in Palestine, Syria, Myanmar or Saudi Arabia. The scales of justice will weigh against them in exactly the same way they did against the Pharaoh, a man who dared to think he was god.

Posted by Shafiq Morton at 1:25 AM No comments:

In spite of the bitter cold and rain squalls coming from the Atlantic, over 1,000 people attended the traditional moon sighting for the end of Ramadan at Three Anchor Bay in Cape Town. Crescent Observer Society Hakim, Shaikh Seraj Hendricks (second pic below), announced that the crescent had not been sighted with 'Eid ul-Fitr, the end of Ramadan celebration, taking place on 18 June. 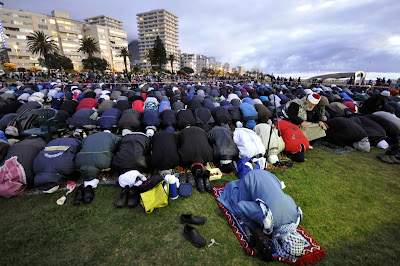 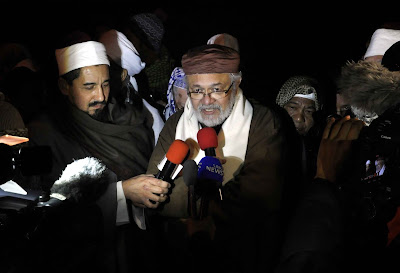 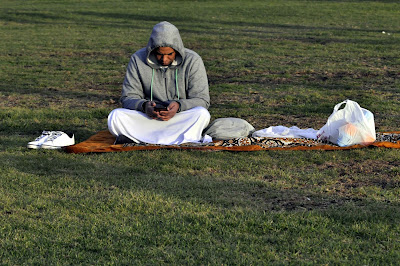 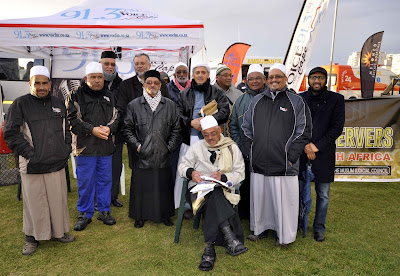 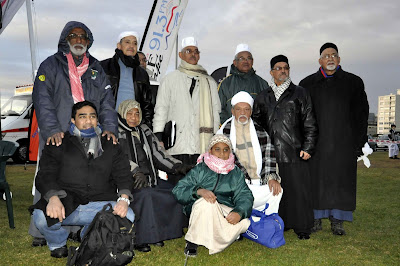 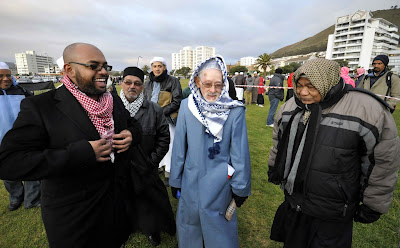 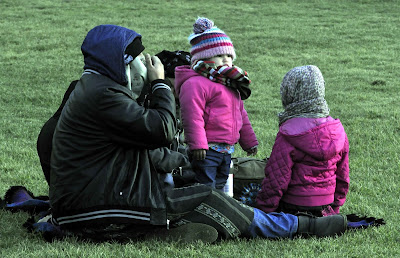 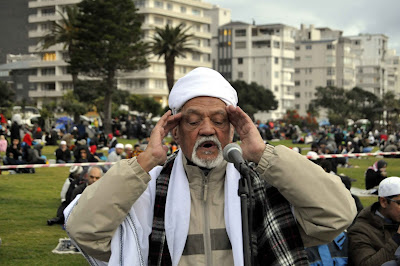 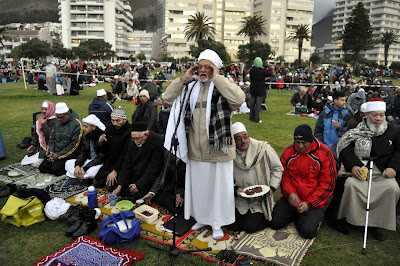 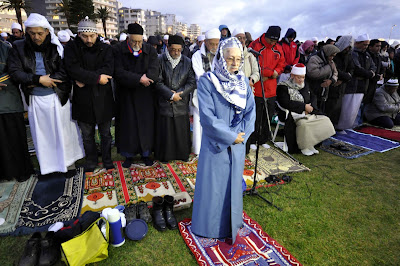 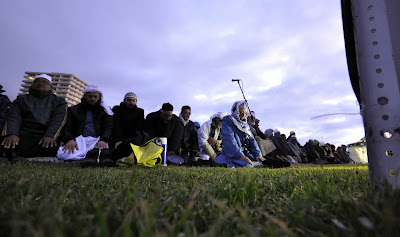 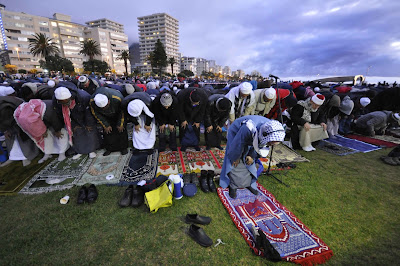 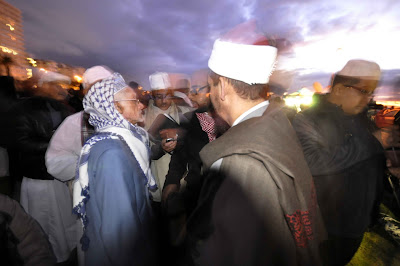 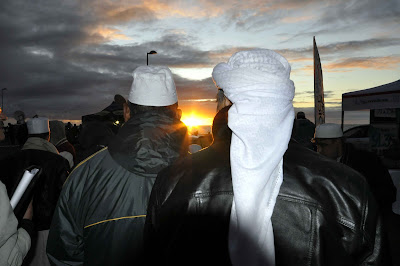