THE next guide in what is called the "Golden Chain" of Naqshbandi Shaikhs, Shaikh Muhammad 'Adil al-Haqqani, briefly visited the Cape with his brother, Shaikh Bauhideen. The previous Shaikh of the Sufi order, Shaikh Naazim - who was based in Lefke, Cyprus -  passed away in May this year, aged 92.

Shaikh Muhammad, who is renowned for his humility and who is the eldest son of Shaikh Naazim, only started giving public addresses when his father fell seriously ill. This, in spite of the mantle having been passed on to him in 2011. During his visit, Shaikh Muhammad spent time with his followers, conducting the Jumu'ah - or Friday prayers - in the townships where the Naqshbandi have been working for several years under the leadership of Shaikh Yusuf da Costa. 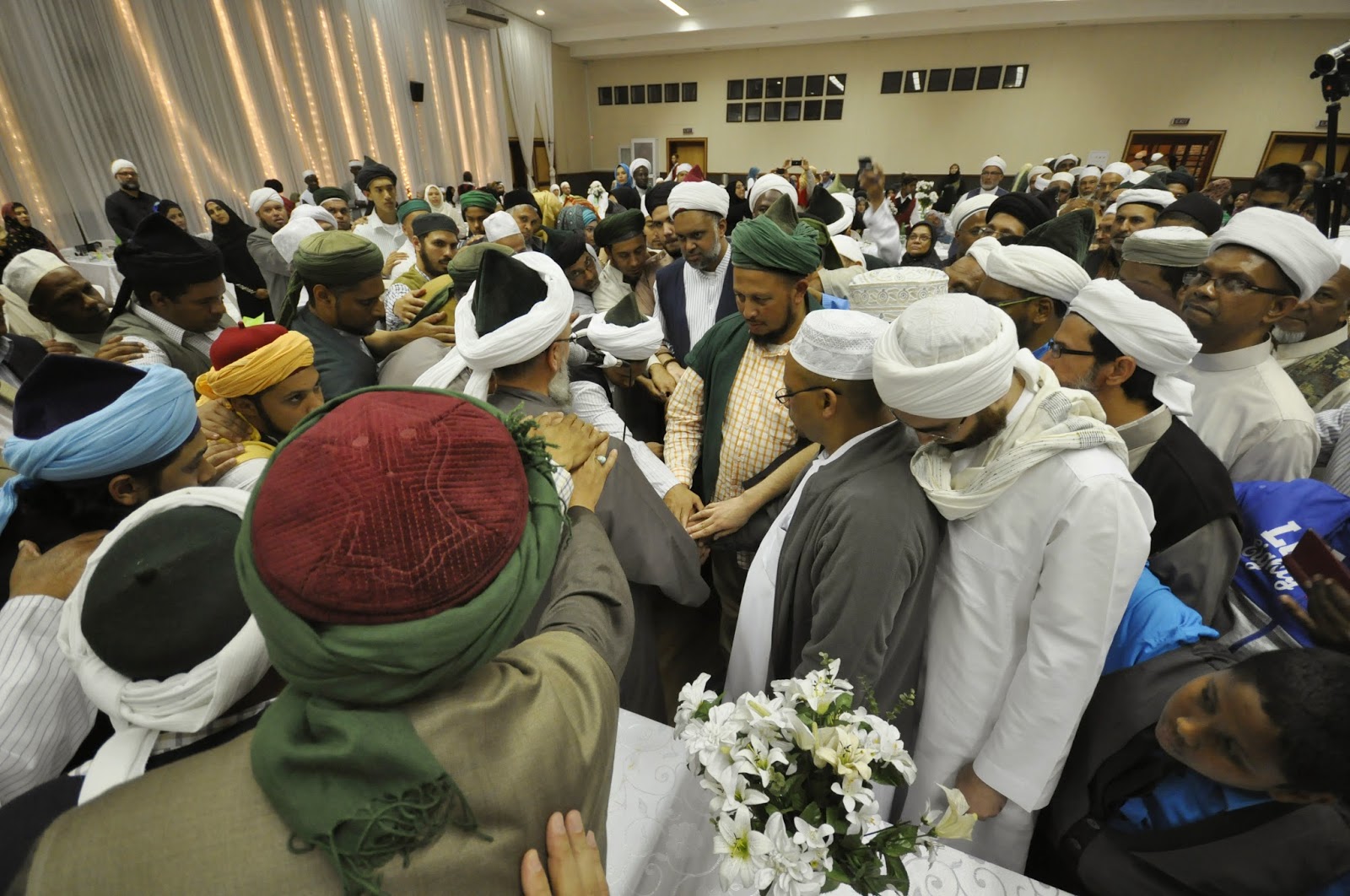 Posted by Shafiq Morton at 7:08 AM No comments:

Newlands Forest, sheltering under the south-east face of Table Mountain in Cape
Town, is a place of great tranquility, changing seasons and textures. 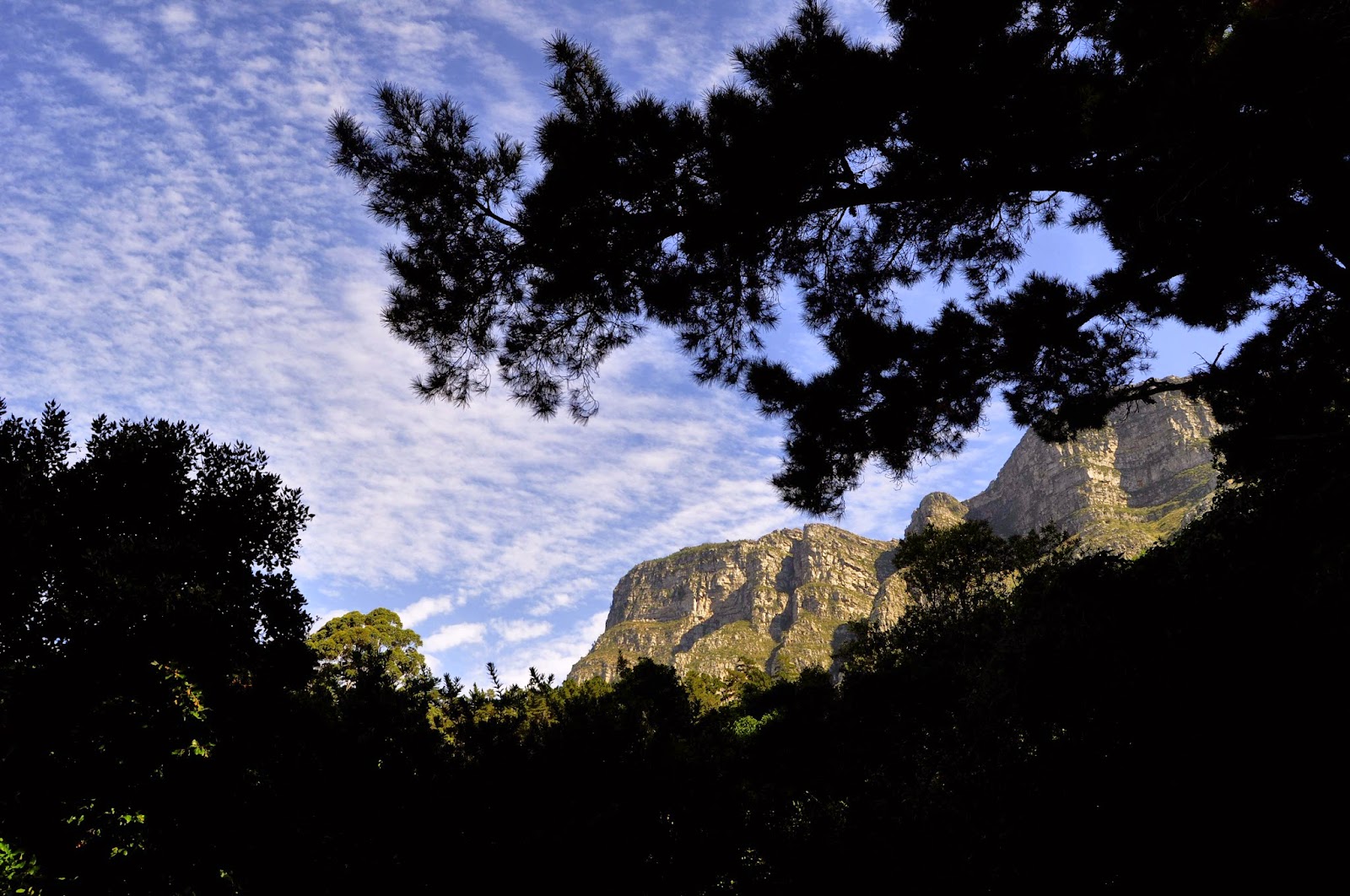 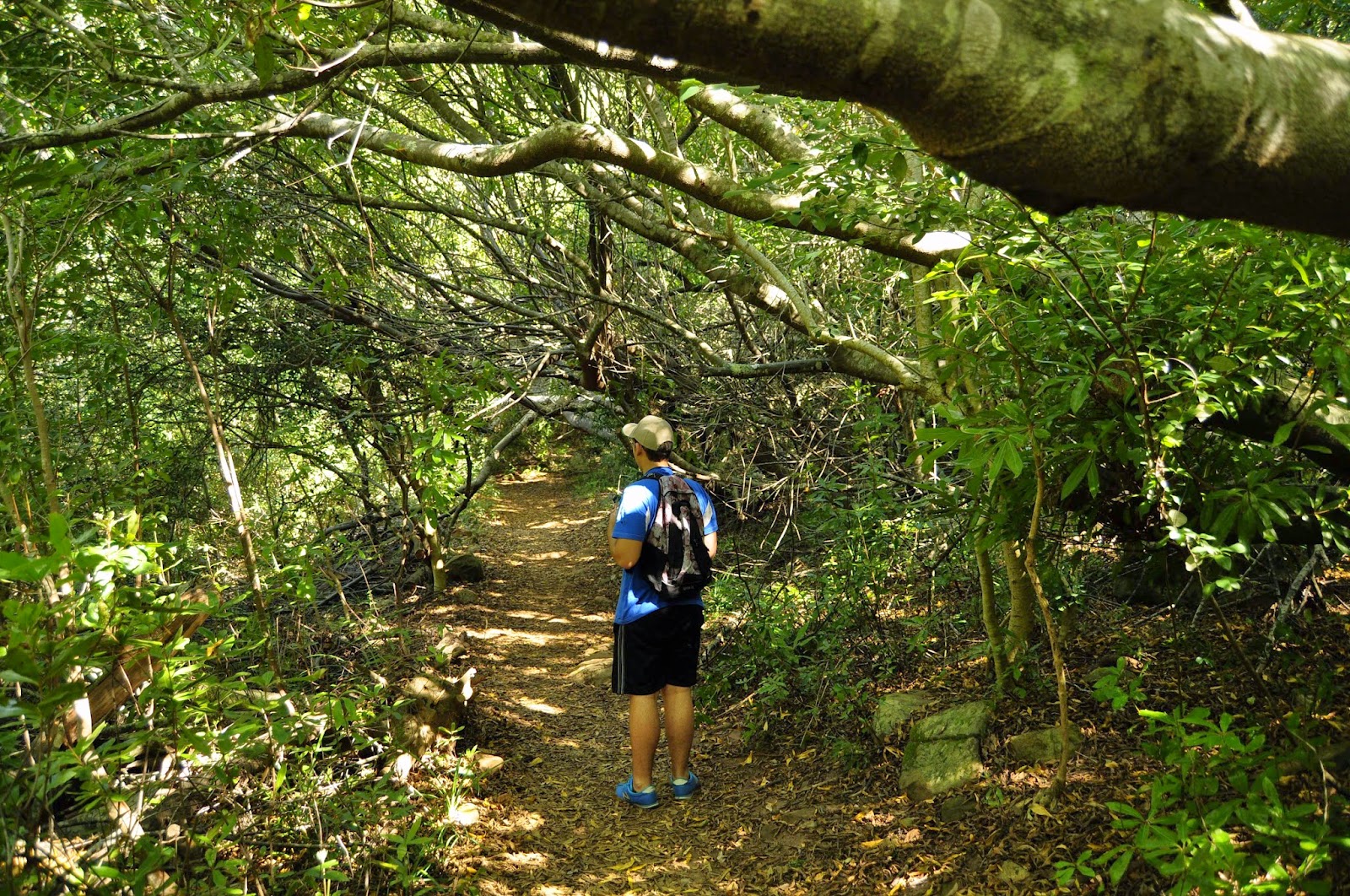 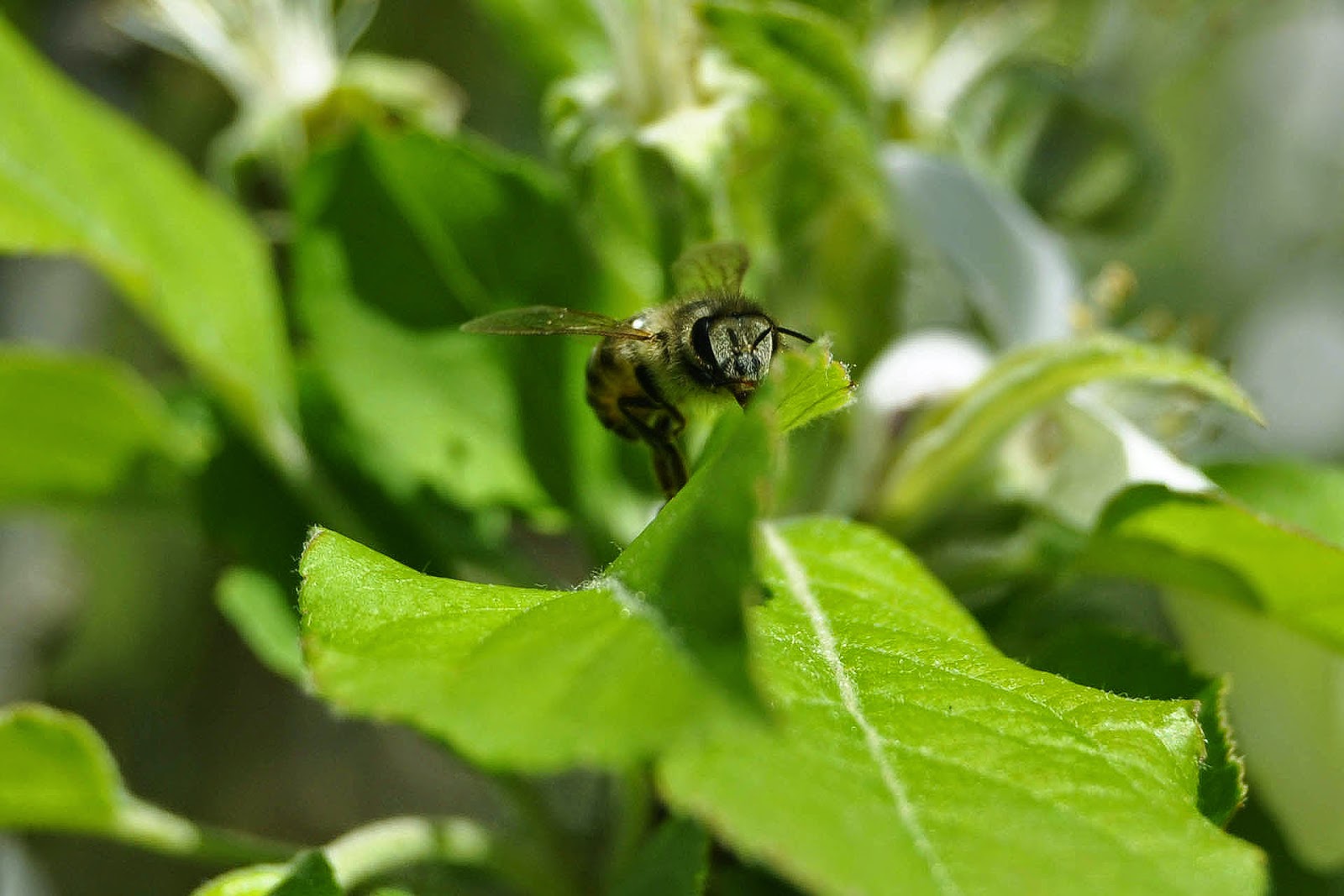 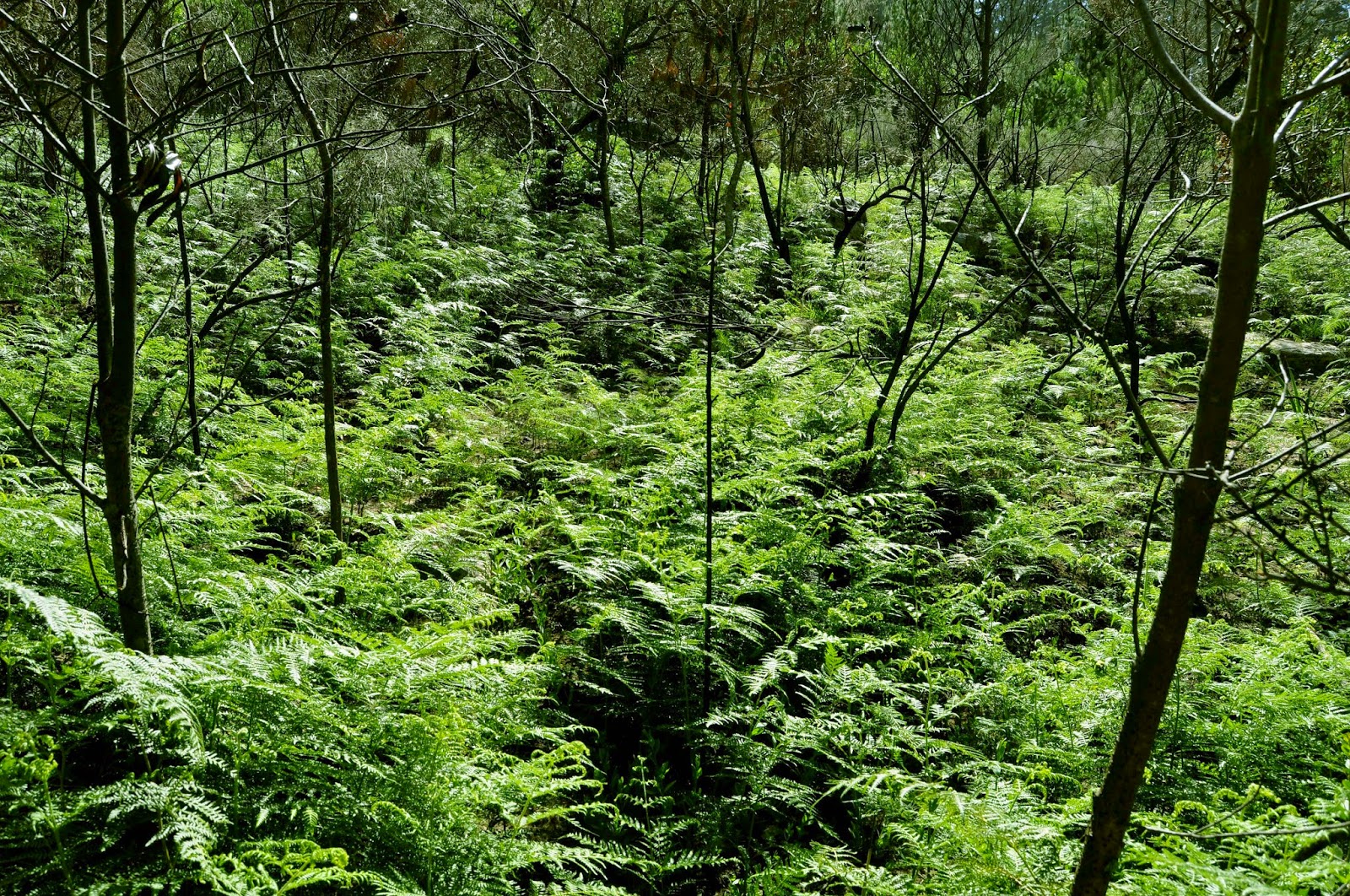 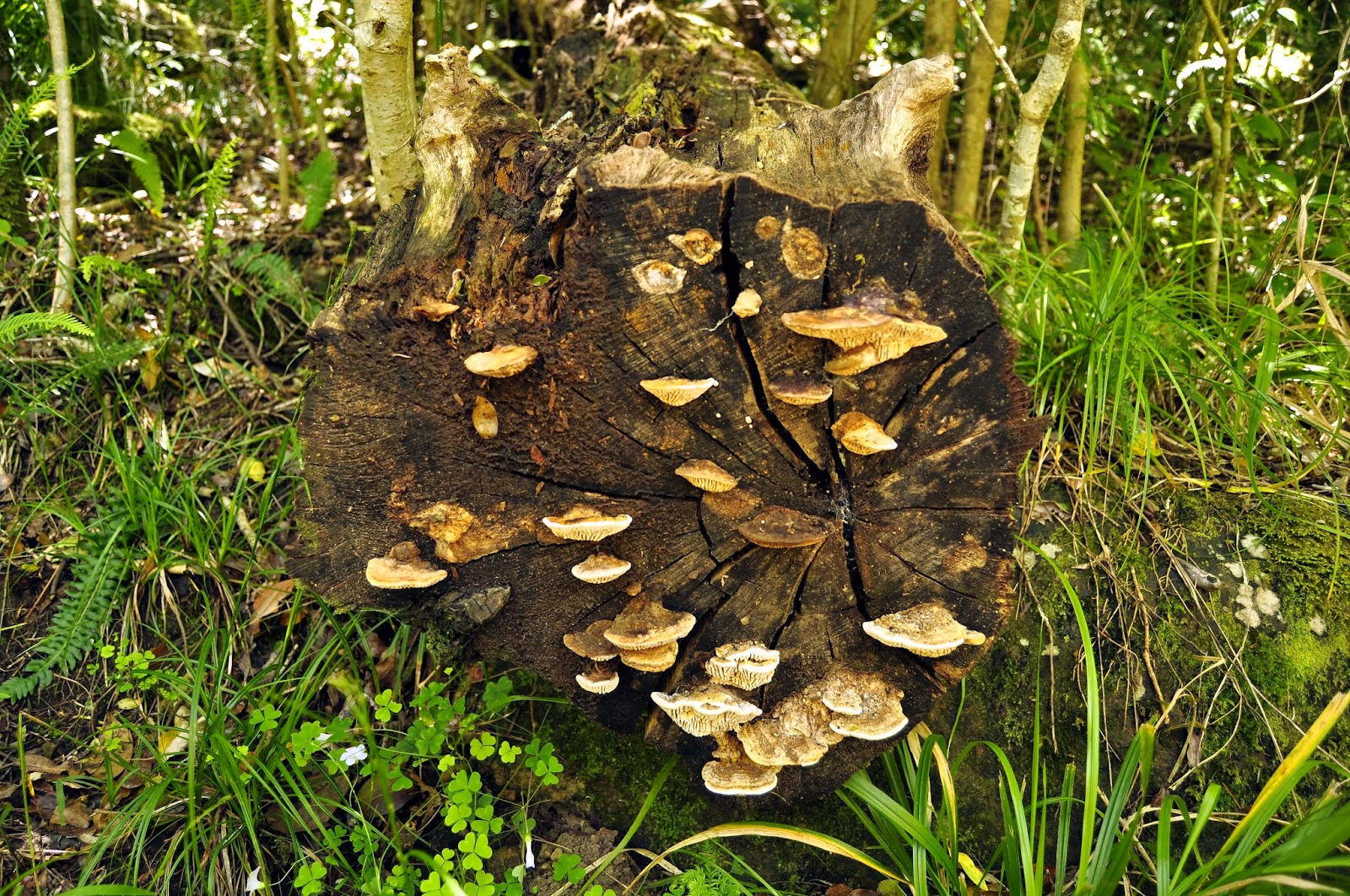 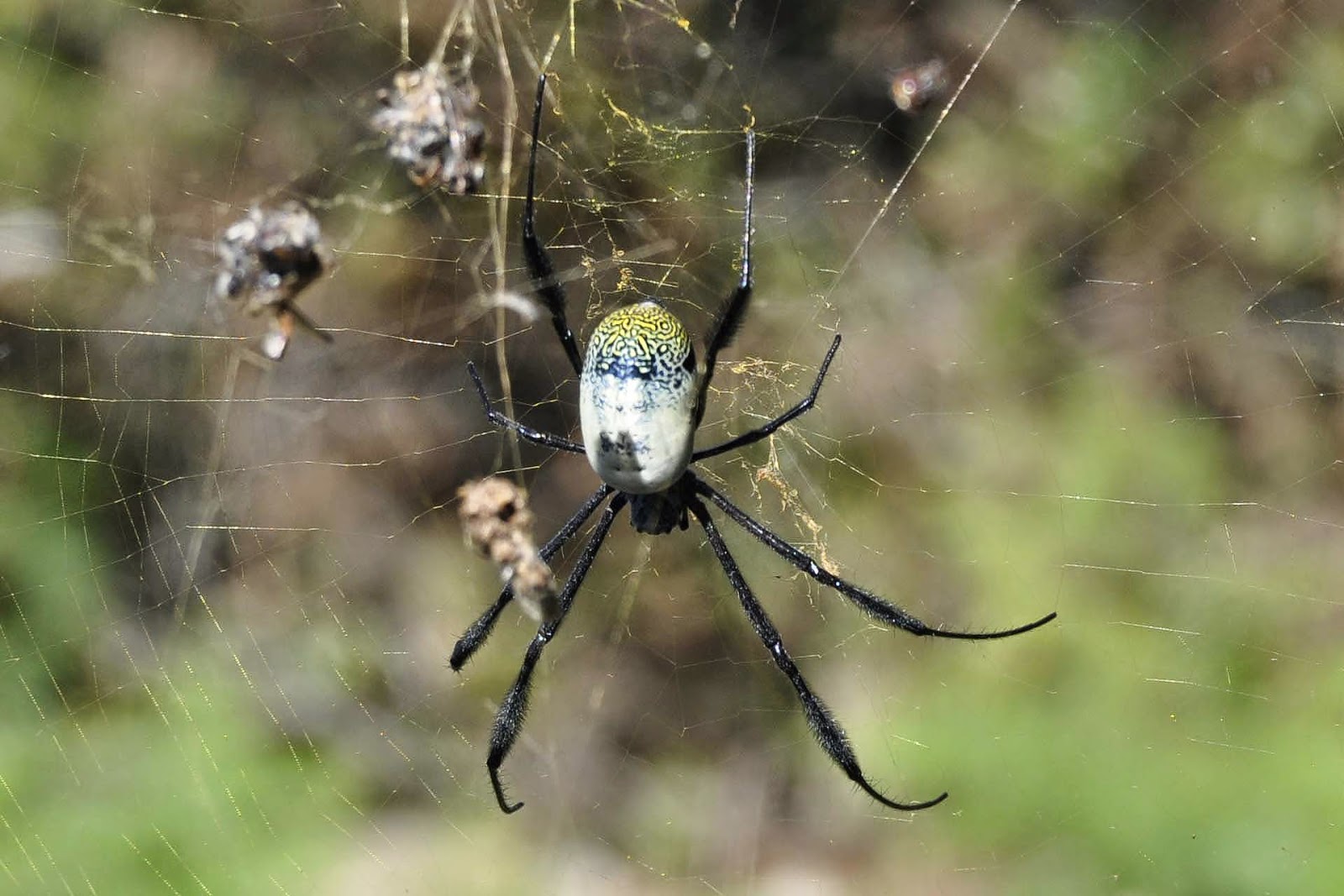 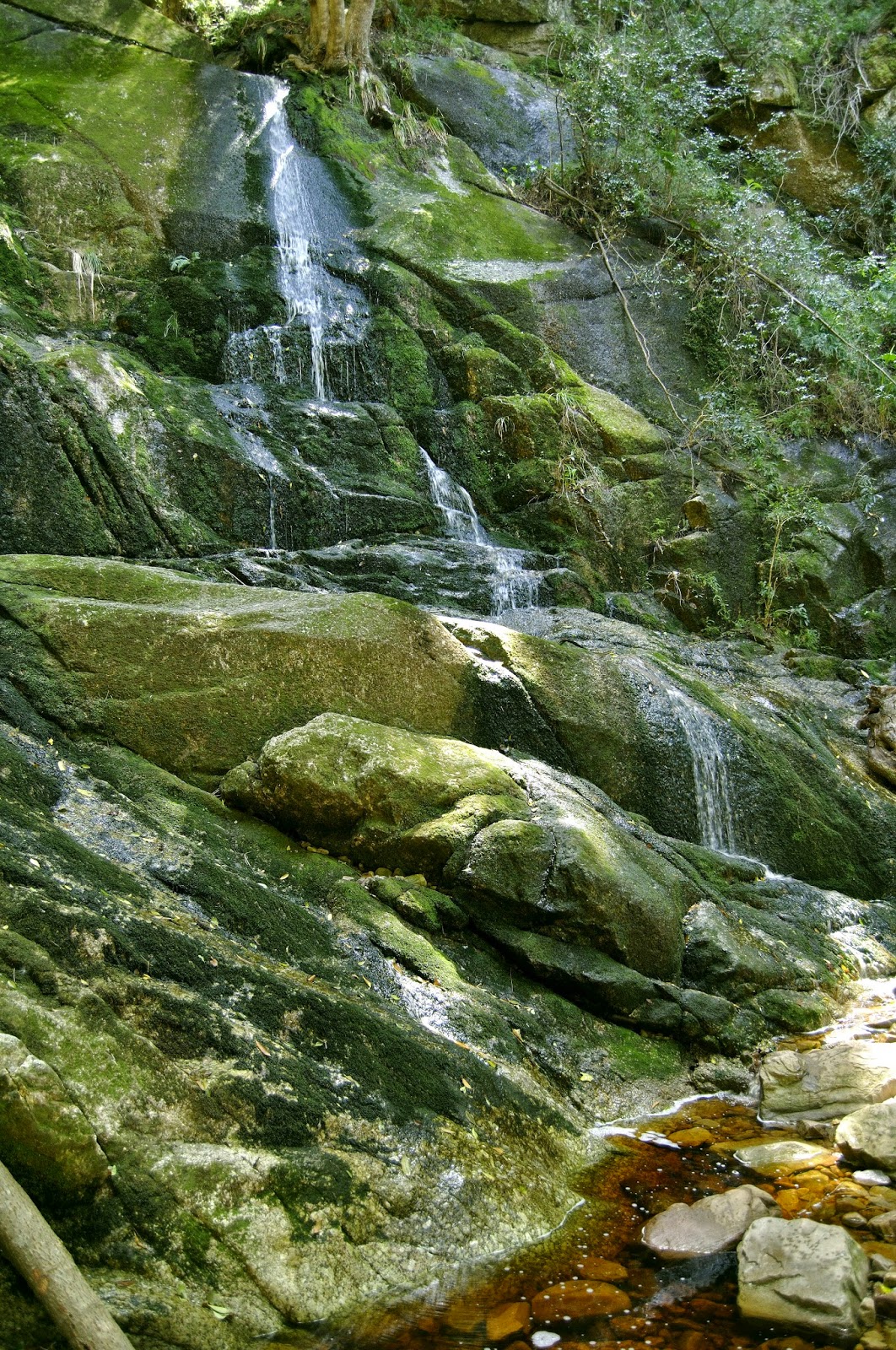 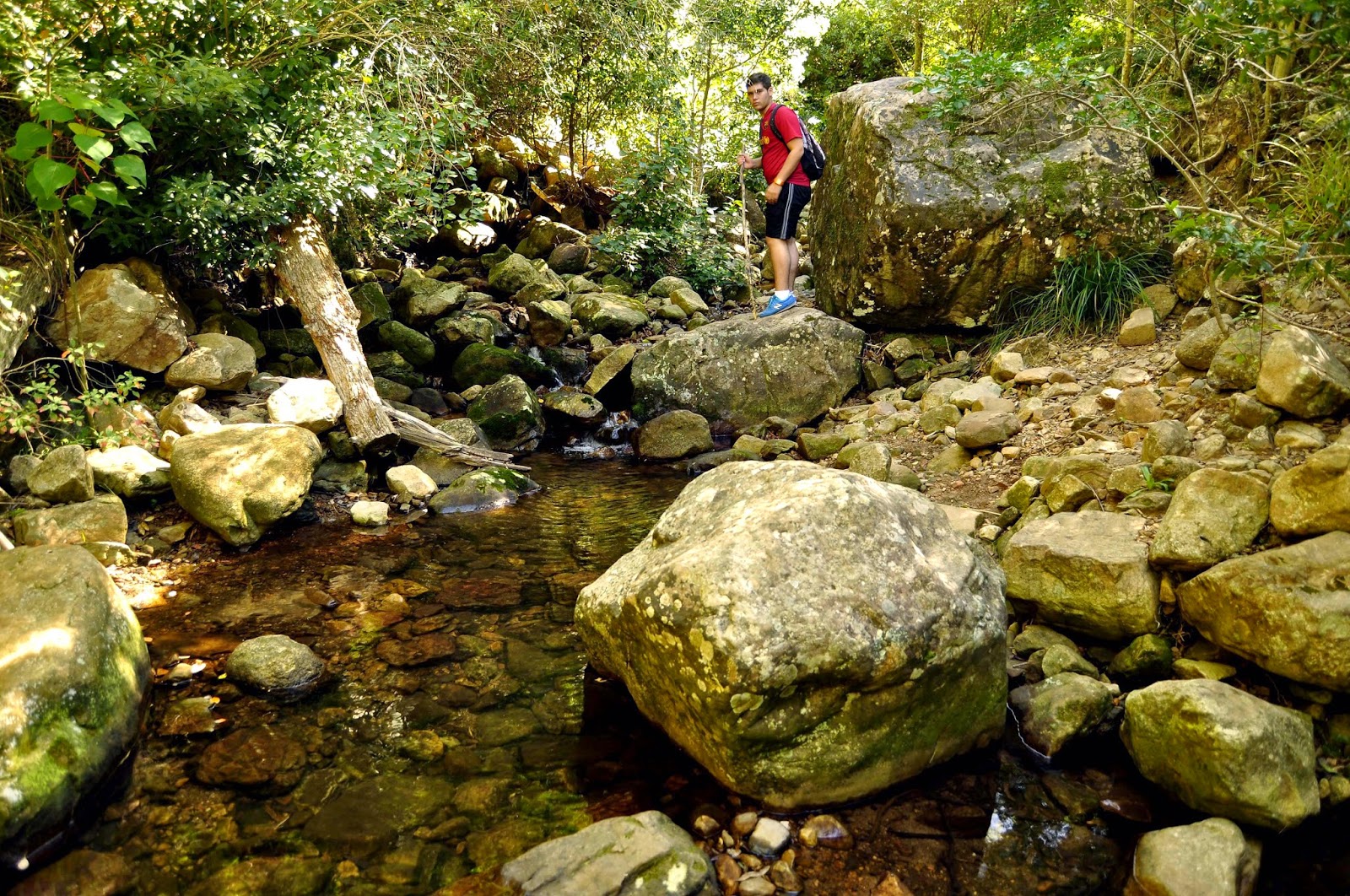 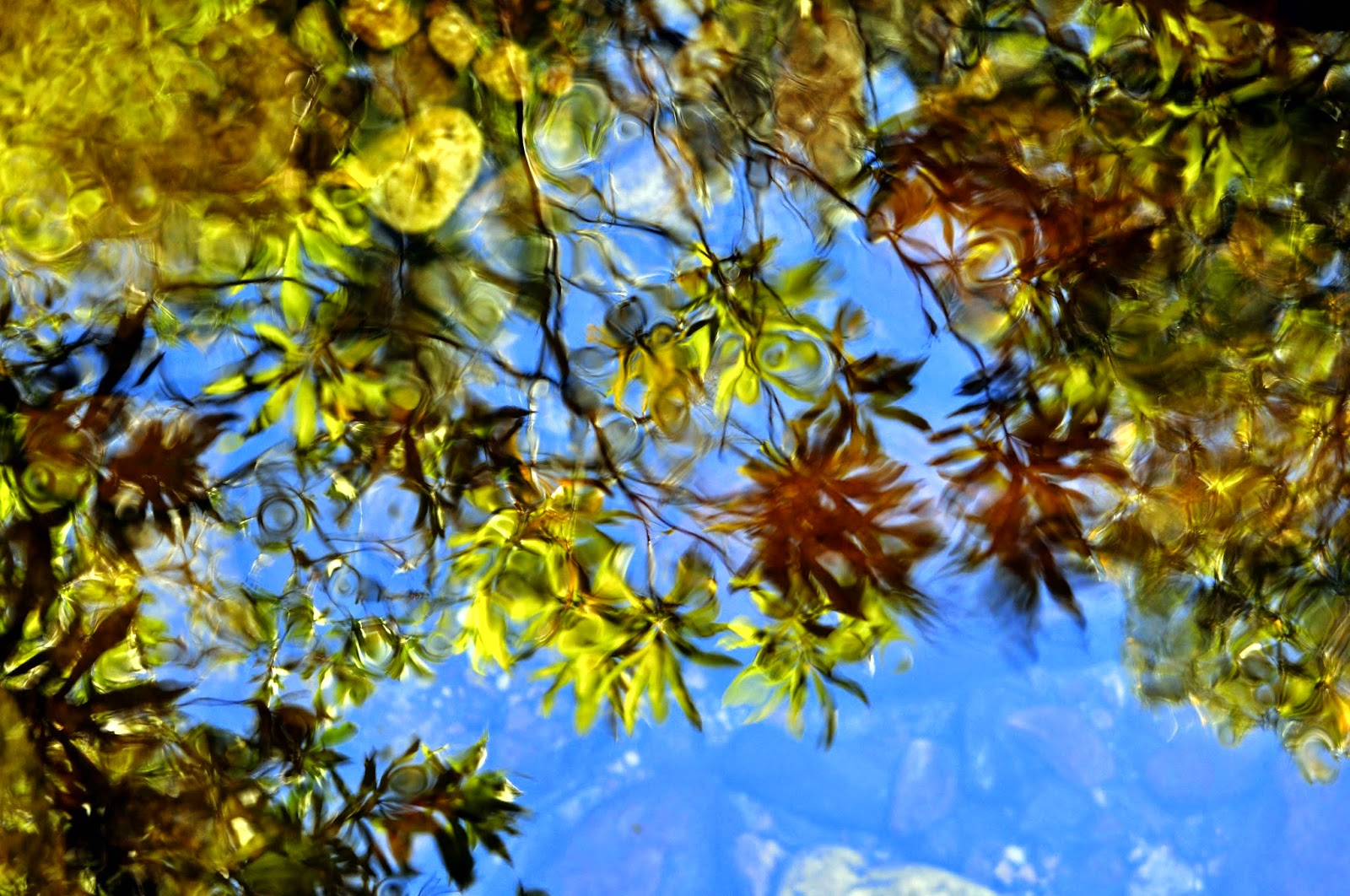 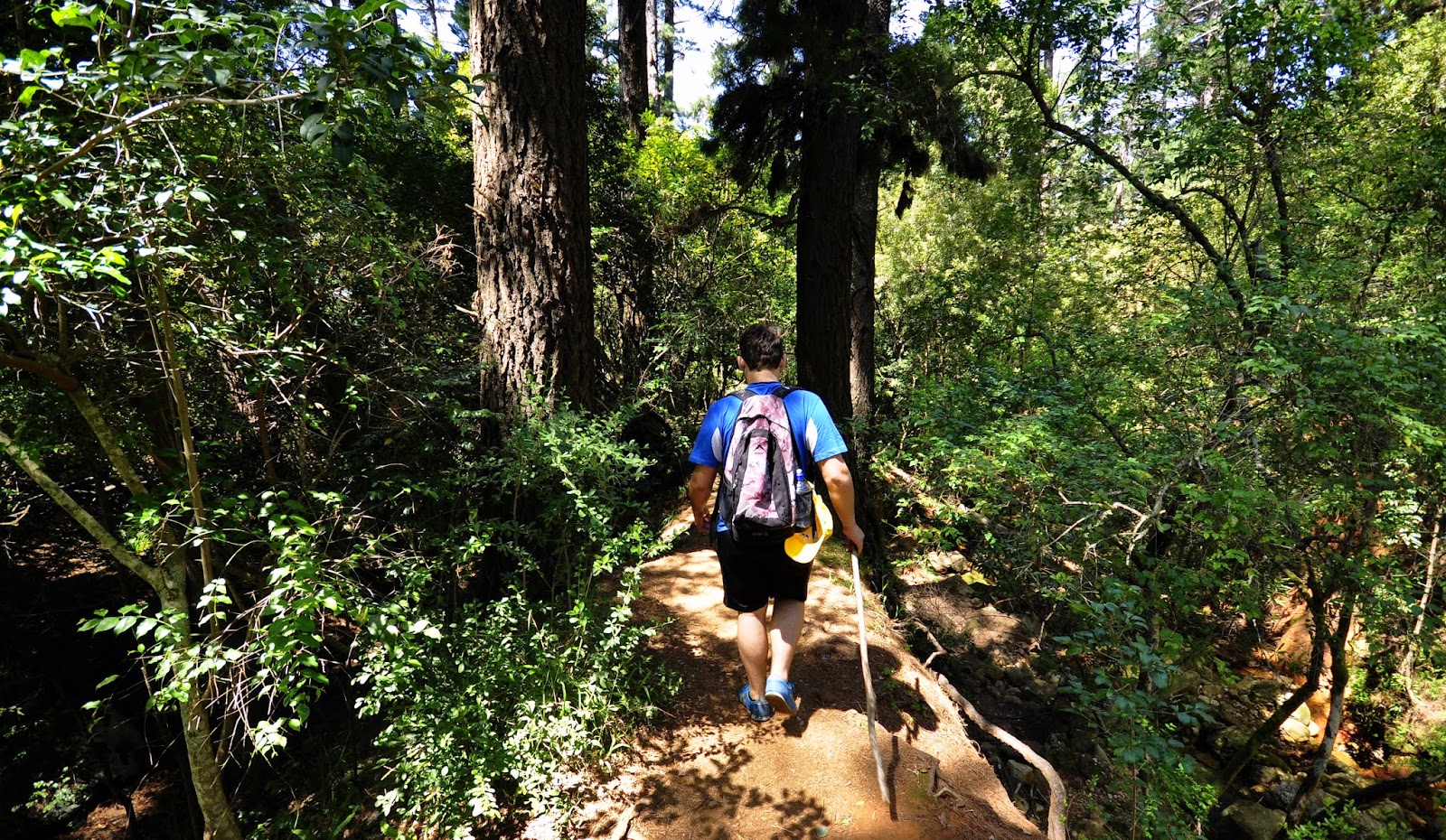 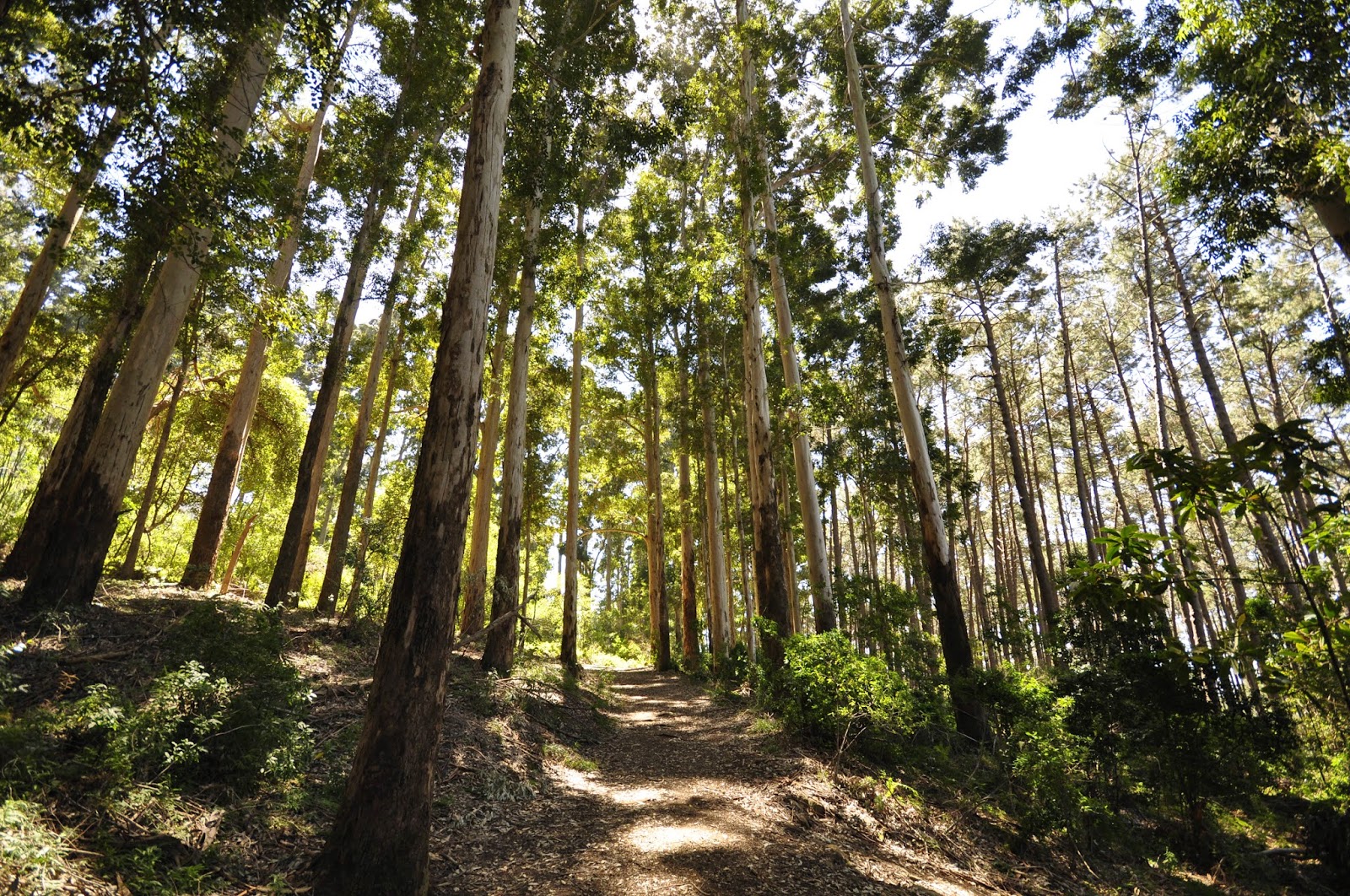 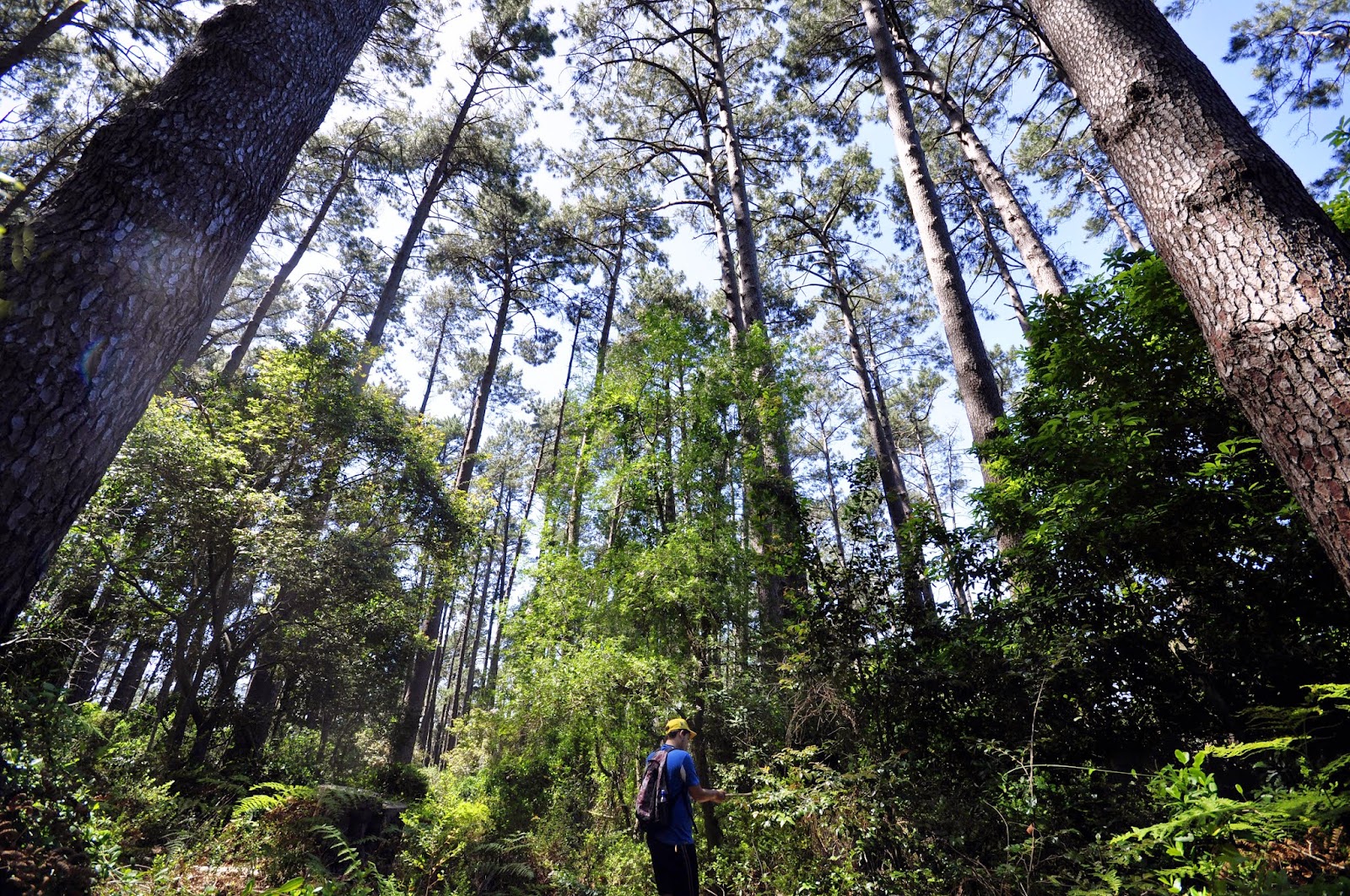 Posted by Shafiq Morton at 7:04 AM No comments:

WHO exactly is ISIS or Da’ish – or to give it its latest acronym – the IS?  The Islamic State in Syria (or the Levant), which governs a self-proclaimed Caliphate in the conflict-torn zones of Syria and Iraq, lays claim to a holy war against imperialism.

Due to its distorted understanding of Shari’ah, over 100 of the world’s top Islamic scholars (including the Muslim Judicial Council) have roundly condemned ISIS. Even Al-Qaeda has disowned the organisation.

To say that ISIS is a disturbing development in a region already teetering on the brink of apocalyptic disaster is an understatement. ISIS’s chillingly staged YouTube clips have assaulted all standards of decency.

And whilst ISIS has elicited justifiable denunciation, this doesn’t really explain who it is. This is because reportage on ISIS is occurring without any contextual framework.

For this, we first go to the 7th century when a group in Iraq broke away from the Islamic mainstream. Known as the Khawarij – literally “those who go out” – this sect embraced a stark and simplistic theology in which a merciful deity became a vengeful one.

Interestingly, the Prophet Muhammad [pbuh] had predicted the rise of the Khawarij. He even said that its offspring would emerge in our times, and that their understanding of religion would not descend below their collar bones.

The Khawarij believed that anyone who did not subscribe to their worldview was an unbeliever, a sinful kafir who could be killed.The early Caliphs had to put down the Khawarij by force.

In the late 18th century, Muhammad’s [pbuh] prophecy would bear fruit when a central Arabian scholar, Ibn Abd ul-Wahhab, would claim to be a renewer of Islam. He would preach that his view was the only authentic one, and that anybody disagreeing with him was an unbeliever whose blood was halal.

Spurning over 1,000 years of classical knowledge, he was duly ignored as a crackpot until Ibn Sa’ud – a chieftain craving political power – realised he could harness ‘Abd ul-Wahhab’s rabid discourse to unite the disparate Bedouin tribes.

Ibn Sa’ud rallied the Bedoiun tribesmen, known as the “ikhwan”, under the banner of neo-Kharijism, or Wahhabism. It was tactically convenient, because anybody disagreeing with him could be put to the sword.

The Wahhabis over-ran the Middle East, smashing historical tombs, vandalising libraries and dismembering thousands of Shi’ah and Sunnis in Syria, Iraq and the Arabian Peninsula.

The Ottomans, who then ruled the Levant from Istanbul, sent Egypt’s Ali Pasha to deal with the Wahhabis. When his forces razed the Sa’udi capital Da’riyyah (modern-day Riyadh) to the ground in the 1830’s, there were wild celebrations in Cairo.

It was only after the fall of the Caliphate in 1923 that the Wahhabis were able to regroup and conquer the Arabian Peninsula.The emergence of the Sa’udi monarchy in the 1930’s witnessed the conquest of the Sharifs, Prophet Muhammad’s descendants, who’d ruled western Arabia for centuries – and who, to this day, resent the Sa’udi dynasty.

The self-declared Sa’udi monarch, ‘Abd ul-‘Aziz, had to face a restive constituency as his ikhwan were suspicious of modernity. The Sa’udi saving grace was oil wealth; it allowed dissident energies to be diffused into the marketing of Wahhabi ideology worldwide. But not even this was enough. In 1979 there was a rebellion in Mecca.

The Soviet invasion of Afghanistan, and the Reagan administration’s harnessing of the mujahadin, saw Saudi Arabia co-operating with the Pakistani secret service and the CIA. Hundreds of militants, who would otherwise have filled the prisons, were conveniently dispatched to fight communists.

In Pakistan, the Saudis bankrolled thousands of Wahhabi religious schools, which would in turn spawn the Taliban. The US and Saudi-sponsored mujahidin, whom Reagan ironically compared to the country's founding fathers, were destined to form the core of Al-Qaeda after the Afghan conflict.

This narrative is a missing link, for after the war Shaikh Abdullah ‘Azzam – the godfather of the Afghani jihad – was assassinated for refusing to issue a decree that the holy war be expanded beyond Afghanistan. Ideologically, it marked a critical turning point, for a suspect in ‘Azzam’s killing was Dr Ayman al-Zawahiri, destined to be one of Usama bin Laden’s closest confidantes.

The internationalisation of the Wahhabi jihad is well known, but its underlying reason for focusing on the US is less acknowledged. This happened when Saddam Hussain invaded Kuwait in 1990. Usama bin Laden offered to settle the matter with Al-Qaeda, but was spurned by the Royal family, who went with the American alliance.

The sight of US boots, on what Al-Qaeda regarded as holy soil, became a bridge too far. It marked a rift between Bin Laden and the Saudi state, and the extremist Wahhabi genie was effectively let out of the bottle.

Al-Qaeda (initially a database of foreign Afghan fighters) never went beyond being an ideological franchise played for its propaganda value. Few, if any, of the Wahhabi groups in Asia, Africa and the Levant ever had direct contact with Al-Qaeda central.

More significantly, these movements flowed into political vacuums caused by dictators and imperialist meddling. Iraq is a case in point where former US pro-consul, Paul Bremner, will go down in history as the primary purveyor of Iraq’s woes.

Bremner arrived after the invasion and fired some 250,000 Baathist forces, some of whom were competent bureaucrats. By obliterating the organs of state, and indiscriminately destroying its infrastructure without even a wink at transitional justice, Bremner summarily flushed Iraq down the toilet.

With Gulf States sponsoring jihadist groups due to fears of a “Shi’ah crescent” descending upon them from Syria and Iraq, the picture is almost complete. Disgruntled Baathist elements – some of them Saddam’s killers – have joined the jihadist groups, which have coalesced under ISIS.

Essentially a group of the disaffected led by the vengeful, ISIS is said to number no more than 100,000 men. But it does have money, arms, territory and media savvy. And that is what makes it a formidable foe right now. ISIS has thrown down the gauntlet, and from here on in, it’s a case of fasten the seatbelts.

Posted by Shafiq Morton at 7:12 AM No comments: