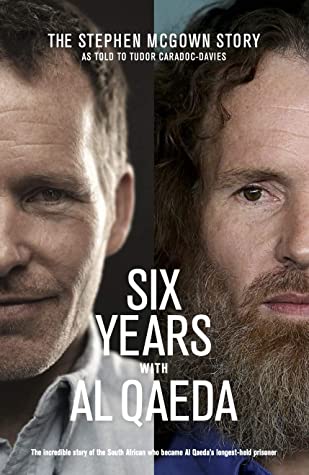 Posted by Shafiq Morton at 1:30 AM No comments:

Seeking a port in a storm: my thoughts on Covid

AS someone who has worked in media for 45 years, I have learnt several important lessons. One: life is never predictable. Two: as human beings we have feet of clay, so governments will never be perfect. And three: in the face of adversity, we can be truly heroic, or lamentably corrupt.

These times have certainly brought out the best and the worst in us – the latter being conspiracy-pundits claiming that Covid 19 has been caused by the minions of the Digital World Order, and that we in the media are driving a secret agenda.

Fueled by YouTube clowns such as Alex Jones, WhatsApp professors, instant Google doctors, conspiratorial trolls and cut-and-paste preachers, the social media world has proved to be as toxic and as viral as Covid itself.

Then there has been the saga of a “mufti alliance” trying to undermine the edicts of the MJC and UUCSA. Apart from deeming us all kafir, their chief contribution to Covid was to embarrass us in the High Court. Claiming (via proxies) that the lockdown was discriminatory, their lawyers bizarrely used secular instruments to try to justify the religious – or was it the other way round?

Admittedly, the lockdowns have been inconsistent at times. But at least we’ve had a government that has tried to save our lives – this juxtaposed against the populist denialism of people such as Trump and Bolsonaro, who have condemned thousands in the Americas to untimely deaths.

Unfortunately, we’ve had our very own Trumps and Bolsonaros. They have cited blind tawakkul as the ultimate panacea to Covid without the prerequisite camel tethering, or applications of intellect. One particular dolt, in a widely distributed WhatsApp posting, even pronounced that he did not wear a mask as his coughing was “not contagious”.

“Everything is due to Allah,” he said, in true Kharijite fashion. And if stricken by Covid, he was confident he would die a martyr – despite his lack of social distancing, his refusal to wear a mask and the potential of him becoming a “super spreader”.

On the other end of the spectrum, a rasping Covid patient, intimately familiar with the ravages of the virus, gave me some simple advice: Shafiq, just keep Covid out of your house! Beware, once it enters your home, you can’t get it out! Indeed, an innocent family function attended by less than 20 – but two of them Covid careless – had seen 10 people positive in less than 48 hours.

I know social distancing is an anathema to us. But life is the supreme motif of the Shari’ah, and if our scholars deem that absenteeism from the mosque or large gatherings in the time of a plague can save lives, then we do it.

Of course, the best in us has been the overwhelming generosity and personal sacrifice of so many people, quietly and unconditionally serving fellow South Africans, be they NGO officials, imams, mosque committees, businesses or individuals. Together with our heroic health workers these people are our backbone, not the reactionary muftis refusing to wear masks.

In the light of all this, I think we can all agree that there is no-one amongst us who has not been affected by Covid. According to Muslim Stats SA in early January, over 1, 500 of us had already fallen to the virus.

For us survivors, insha-Allah, many challenges face us as we deal with the detritus of what is left behind. For us going into an uncertain future, it can no longer be a world for the selfish. It has to be a world for the compassionate.

Neither capitalism (nor our decrepit political parties) will be able to resolve the issues of ongoing rich-poor divides, the socio-economic consequences of Covid and the consistently despoiled environment. What we need is a social contract transcending conventional power relationships, something to systematically transform the post Covid world.

As Muslims, I believe we have the means to play a significant role. But there are many lessons to be learnt first. In his book on European Islam, Travelling Home, Shaykh Abdal Hakim Murad points to tanfir, the repelling of souls by our repugnant behaviour.

He points out that the paradigmatic word for Islam is “Mercy”, and then asks how many times have we allowed our world view to be governed by excessive anger and fear? If our soul is misshapen by these attributes it will only manifest the unapproachable and extremist ones via stress, discord and ill-controlled desires.

“Nothing is more subversive and obstructive of God’s cause than offering an ugly manifestation of the self and claiming it to be Islamic,” he says.

Tirmidhi reminds us: “Allah loves the beautiful”, and the supreme qualifier is that Islam is of beauty – morally, physically and spiritually. Authentic Muslims love beauty and are people of beauty.

Through this beauty comes the characteristic of wasatiyya, the middle-reasonable way, which must not be confused with capitulation to questionable matters. And through wasatiyya we see the values of hilm, a Prophetic softness – again not a weakness – that embodies compassion for the underdog without arrogance, or any sense of ego.

With the means of the heart – and our hearts have to be in “right place” – we can proceed to the Islamic instruments designed to imbue society with equilibrium, and which could significantly reduce poverty post-Covid.

We might have heard it before, yes, but there can be no more a critical juncture right now than for the long-term benefits of Zakah and Waqf to be realised. The World Bank, for instance, announced in 2016 that the potential reach of Zakah is a trillion dollars per annum.

If this could be invested in the poorest every 12 months without political corruption, it would not take long to reduce the Gini-Co-efficient. Zakah, a pillar of Islam and an act of worship, is linked to another vital mechanism, the Waqf.

Based on a sustainable investment for the benefit of others in the name of Allah, the Awqaf were so efficient in the Ottoman era that the Caliph in Istanbul had no municipal accounts – everything from water supplies, to schools, to mosques and roads to street lamps were run by self-sustaining Awqaf Trusts.

We could argue that the ideal was reached when there were Awqaf even for the stray cats of the city and for the man “who leaned against the pillar in the mosque”.

And this is where the good, reinforced by our beauty of outlook and hilm, should surely emerge…imagine the day when there could be Awqaf dedicated to the homeless in our cities, the hungry, the orphans and our schools with a continuous stream of Zakah transforming the lives of the most vulnerable.