Surfing Behind the Wall: The MJC-Orion fraud halal crisis – “a real disgrace”

Surfing Behind the Wall: The MJC-Orion fraud halal crisis – “a real disgrace”
Posted by Shafiq Morton at 11:08 PM No comments: 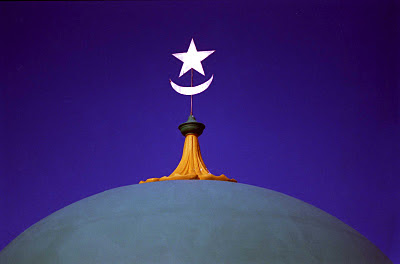 THE MJC-Orion fraud halal saga is without doubt, the most emotionally-charged story I’ve had to deal with in over 20 years of covering community issues. I’ve never seen such collective anger directed at an organisation.

The Cape Town-based Muslim Judicial Council, the MJC, has really been feeling the heat. The community is angry because of MJC bungling of PR; this after 3rd Degree journalist Deborah Patta’s questions of its role at Orion with regards to pork products being classified “halal” did not meet adequate response.

At the heart of the matter is a YouTube video portraying Orion workers de-labelling pork products and re-labelling them as halal. The MJC Halal Trust certified some of Orion’s products, and thereby hangs the tale.

Orion is a cold storage facility, not a processing or slaughtering one – and according to the MJC – the Halal Trust’s involvement was no more than the certifying of 18 frozen chicken consignments at a cost of about R16, 000 to Orion.

Orion’s re-labelling of other products (such as kangaroo and buffalo meat) was brought to an end by the High Court. This was when the South African National Halal Authority (SANHA), the Red Meat Industry Forum, the South African Meat Industry Company, and other parties, made a successful application against Patrick Gaertner, Orion’s CEO.

Gaertner, who was evasive in the face of detail and contrite when it was convenient, claimed he’d been set-up. On 3rd Degree, Tobias Lombard – one of the men who filmed the YouTube video and who claimed Gaertner owed him R1 million – accused Orion’s chief of being fully aware of his company’s halal fraud.

That SANHA, a commercial competitor of the Halal Trust, led the litigation is interesting. But given the antagonistic, cut-throat nature of the multi-million rand halal industry, SANHA’s intervention is perhaps not surprising.

The MJC Halal Trust might have certified only pre-packaged chicken consignments, but its lethargic reaction to what was seen as a crisis in the community in terms of certifying pork as halal created suspicion with Patta and her producer, Barbara Friedman. 3rd Degree had originally delayed broadcast hoping for the MJC to respond to its questions.

Struggling to get a commitment for an interview, Patta and her crew arrived at the MJC offices to doorstop deputy-president, Shaikh Achmat Sedick. After being assured by a harried spokesman that the president and deputy-president were off ill, the e-TV crew discovered that their cars were in the parking lot.

With this tableau played out on national television, the Muslim community suffered what Mufti AK Hoosain of Channel Islam in Gauteng has described as a “real disgrace”, a PR disaster in which Muslims were “caught with their pants down” in front of South Africa.

Stunned by the public outrage, the MJC moved swiftly to give itself voice on social media platforms such as YouTube and Facebook, a refreshing change from its thoroughly moribund website and usually condescending PR.

The organisation did itself absolutely no favours, though, when Voice of the Cape radio station’s jumu’ah broadcast at St Athans’ Rd mosque in Athlone was allegedly commandeered by an MJC official. This caused a ruckus after the prayers, and serious concerns amongst Voice of the Cape stakeholders.

As the Facebook threads grew longer the clamour rose. Some respondents (particularly from PAGAD and the National Consumer Forum) called for the MJC – founded in 1945 as a judiciary – to disband.

A week after the broadcast, the MJC mustered a press conference at its Cashel Avenue headquarters. At the conference, MJC president Maulana Igshan Hendricks finally promised that the MJC would grant Deborah Patta a “one-on-one” interview.

The media was assured that the Halal Trust had never certified pork. Orion’s labels were fraudulent. The Halal Trust’s books were audited, were available for scrutiny and the organisation had “good standing” with SARS. Seventy-five percent of Halal Trust funds were ploughed back into MJC social projects.

During the press conference, a handful of PAGAD and National Consumer Forum members picketing outside the building were involved in a scuffle with MJC security guards. Police arrived but did not make any arrests.

Finally, whether the MJC has managed to rise out of the ashes of its worst-ever PR disaster is the big question.

Farid Esack, head of religious studies at the University of Johannesburg, believes that the MJC will bounce back. He told the Cape Times that it was not unlike the ANC. No matter how many times it blundered it would rise again due to its deeply-rooted history. Social media commentators feel that the MJC will have learnt the futility of arrogance towards the media.

The broader halal issues, of course, have not gone away. The South African halal industry has become a parody of itself for the sake of very big money, or as Mufti AK Hoosain says: “scholars for dollars”.

Indeed, for when items regarded as pure and uncontaminated by their very nature such as coffee and water are accorded Halal certification, then one has to seriously interrogate our scholars’ basic understanding of Sacred Law.

And whilst no-one denies notoriously underpaid imams and officials their financial due, all the Halal bodies will surely have to come up with credible ways to empower the largely impoverished communities that ultimately pay for the Halal process.
Posted by Shafiq Morton at 11:02 PM 2 comments: