Supporting BRICS, the only way to economic progress 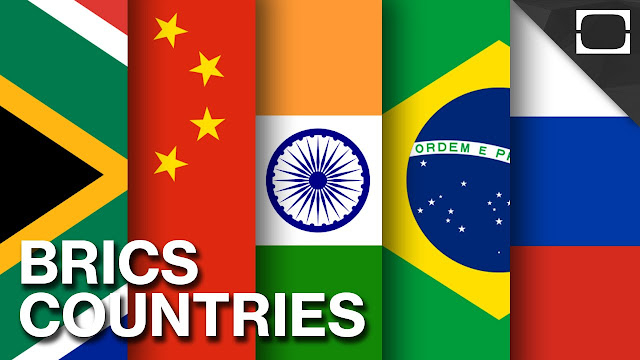 In a world fast being polarised by rich-poor divides and Trumpism, South Africa hosts the 11th BRICS summit at a critical juncture in our history

A SUFI sage once proclaimed that Creation was perfect, but man wasn’t. The world of people, he said, was not faultless. The earth was not created that way. If peace treaties were made only between friends, our enemies would devour us. If we were flawless in character, we would not need friends.

However, he added, our challenge was to reach out. We had to make a difference where we could, appreciating that we were as imperfect as the next person, and needed to work on our own souls; this all before we criticise others.

Nelson Mandela – a true world statesman imbued with the wisdom of suffering – profoundly realised the above. When ‘instructed’ by western interests to spurn the company of people such as Muammar Gaddafi and Fidel Castro after 1990, he replied that he would not abandon his friends, those who had helped the anti-apartheid struggle in its greatest hours of need.

In some quarters, pragmatism is called realpolitik, traditionally defined as ‘a system of politics based on practical, rather than moral considerations’. However, in the case of Madiba, realpolitik became practical politics based on moral principles, whilst fully understanding the existing realities.

BRICS, a body consisting of Brazil, Russia, India, China and South Africa – and representing the rump of the developing world – is such a case in point. Each country’s politics may raise questions, depending on one’s view, but the over-arching principles of BRICS are far greater in import than localised issues.

The stated goals of BRICS – the promotion of technological information, the primacy of education, economic co-operation, the closing of the gap between developing and developed nations, climate change and the establishment of a development bank – are all vital issues for over one-third of the world’s poorest populations.

To understand BRICS, we have to contextualise its founding rationale. It was born on the fringes of the G8 Outreach Summit in 2006, where disappointment was expressed at its failure to rectify its economic model for managing the global economy, especially in the light of its lack of success in significantly closing the poverty gap.

A child of the 1970s during the neo-conservative Reagan and Thatcher years – especially after US President Nixon had de-linked the dollar from its gold standard – it was felt that the G8 had failed to satisfactorily address pressing global economic issues. The summits had begun to attract thousands of anti-globalisation protestors, who felt the system had failed them.

The first BRIC summit was held in Russia in June 2009, with South Africa invited to make up a vital African component in 2011. South Africa would host the fifth BRICS summit in Durban in 2013. Interestingly, South Africa was invited to BRIC – not because we would complete the most convenient acronym  ‘BRICS’ as The Economist once chauvinistically suggested – but because at that time South Africa had the continent’s biggest economy.

Themed as ‘BRICS in Africa: Collaboration for Inclusive Growth and Shared Prosperity in the 4th Industrial Revolution’, BRICS members meeting in South Africa will be reflecting on issues such as the global order, inclusiveness, trade and the New Development Bank, a BRICS initiative to break the fetters of the IMF and the World Bank, particularly resented in the developing world for their crippling interest rates and unsympathetic pre-loan conditions.

The 11th BRICS summit will also be a golden opportunity for President Cyril Ramaphosa to map out the country’s vision, especially after the moribund and unproductive Zuma years, and to draw Africa closer to BRICS and long-term infrastructural development for our marginalised communities.

To say that this will be a critical summit is something of an understatement. For lurking in the political background is the phenomenon of Trumpism and Euro-zone right wing-ism – the lawless triumphalism of corporate business marginalising the poor; this seen in a cavalier disregard for global warming and gross militaristic misconstructions of the Middle East, North Africa and Central Asia.

Like any multi-state body, BRICS may certainly not be without its own inner tensions, but its overall long-term vision in galvanising the developing forces of the world cannot ever be underestimated.

Posted by Shafiq Morton at 1:58 AM No comments: