Habib Muhammad is a direct descendent of the Prophet Muhammad (SAW) through the Hussaini line and hails from a prominent Hijazi family. He has studied at the feet of scholars such as Abdul Qadir As-Saqqaf, Habib Abu Bakr al-Mashur, Sayyid Miuhammad 'Alawi al-Maliki and Imam Ahmad Mashur al-Haddad. He spoke at the Azzawia on Friday and underlined the value of authentic knowledge and the status of the Prophet Muhammad (SAW), asking one to consider how the Prophet (SAW) dealt with his enemies when he would show mercy, even under duress. 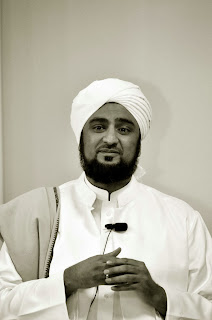 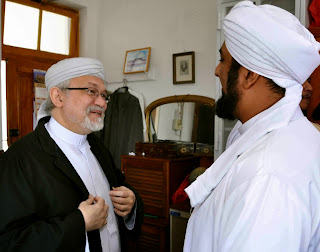 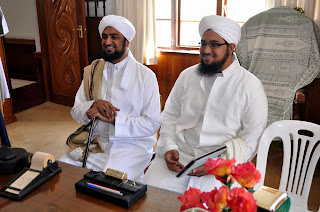 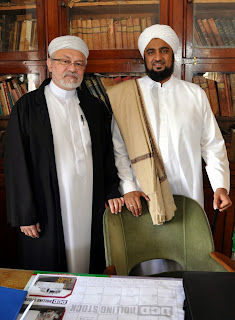 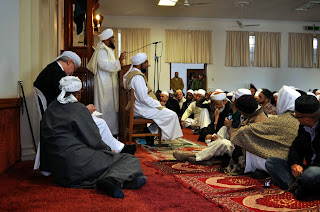 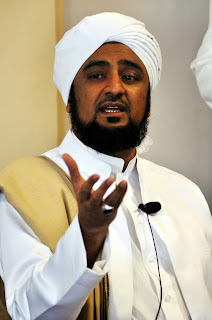 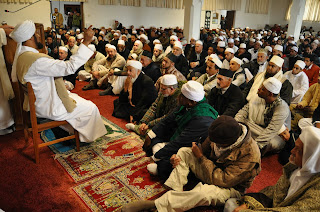 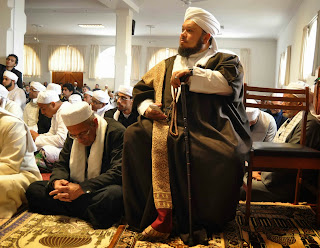 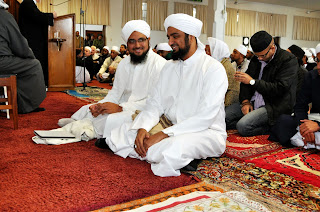 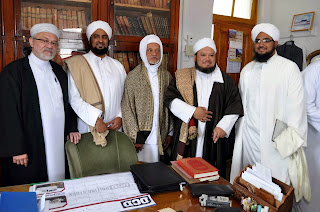 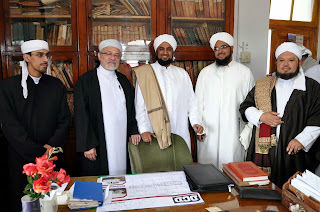 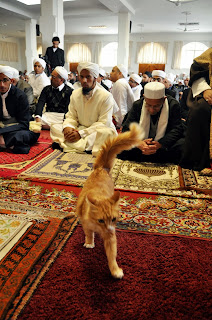 A tribute to a mother

AS a journalist, I’ve often had to deal with the sad detritus of human life. It’s those small – but moving – details discovered in the wreckage of war, famine, tsunami or earthquake that hint at more.


It could be a shoe, a toy, or a table laid for an unfinished meal – ghostly symbols of what was and what could have been. I first became aware of this when covering the “Witdoek” clashes in Cape Town’s squatter camps in the late 1980’s.


What I recall of the deadly township war between the young United Democratic Front comrades and the state supported white-scarved elders is not the panga-wielding mobs, but rather, a school exercise-book.


One morning I can remember being called out to Crossroads where “Tambo Square” had been razed to the ground. The comrades had disappeared, and I could see a group of Witdoeke in the distance.


I spotted a school exercise-book lying in the dirt and picked it up. Its curled pages revealed the script of a young learner.  It made me think: who exactly was this child?  It changed my perspective on reporting. Cliché, maybe, but for me that exercise-book was the real story of what had happened.


It taught me that there’s much to be observed in the small things, and that with their subtle coding, one could learn a lot. Those little details were what informed your greater experience.


In 2006 in Beirut I had a similar encounter. Scrambling through the rubble of the bombed-out Dahiye neighbourhood, I found a partly melted doll in the ruins of a ten-story building. It had been flattened by a “smart bomb” dropped from 30, 000 feet.


Seven years (and several more conflicts later) I found myself looking for meaning via the pieces of yet another life. Except that this time, it was personal: 24 hours previously my mother had closed her eyes for the last time and gracefully gone to meet her Creator.


We have to go through her things. Executors and debtors are waiting, and her affairs have to be sorted out. It’s hard, because her presence is everywhere. Her smells still linger – the soap, the linen and the potpourri. But she’s not sitting in her favourite chair by the window. Her absence reminds me of the exercise-book and the doll.


It’s really difficult; her things have to be boxed, papers sorted, furniture moved and curtains taken down. As I pack things away, fragments of my own life start to emerge. It’s strange. I’m looking for my mother, yet the more I look for her, the more I keep on discovering bits of myself.


In a dusty file I find all my school reports, from kindergarten to high school. They tell a tale of a somewhat dreamy lad who was useless at Maths, better at English and History, and un-cooperative in Bible studies.


My Maths appears to have caused many a headache, one teacher complaining about my stubbornness. Then it comes back. I remember suggesting to him that formulas were a waste of time in geometry – wouldn’t it be far easier if we just measured things, sir?


I come across an exasperated headmaster, warning in matric that I would become a “dilettante”, he adding that I was an “exceptional boy” who needed to focus. His comment, I suspect, was simply hinting at old-fashioned laziness.


As I sift through the file, photographs tumble out. I used to send my mother prints of my favourites, and she’d kept them all: my wedding and the children as they grew up; my daughter’s birth and matric dance, my son bathing in the kitchen sink and his guitar, the Botswana sunrise and the reed church in the Namib Desert.


The doorbell sounds and people from the village come to offer condolences. My mother was active to the end, and having worked at a public hospital for 30 years, she had touched many. Hers was the shoulder they cried on.


Cupboards are opened and a pile of tiny jerseys and beanies tumble out. My mother always knitted, sewed or made things, and I remember her knitting for AIDs orphans.


Clearing bookshelves I still can’t escape traces of myself.  I find a copy of John Barrie’s Peter Pan. It takes me back to my first book experiences. It’s illustrated with delicate pencil drawings, drawings that had fired my young imagination long before the opiate of television.


It’s then that I realise the consistent finding of my identity in the little things around me is because as her eldest son, I am part of her. She was herself through my brother and sister and me and her grandchildren, and we were ourselves through her.


Yes, we all miss her very, very much: her caring, her tinkling laughter, her home-made ice-cream and her intrepid, energetic, loving, generous and creative spirit. I am consoled by the fact that it was time for her to go, and time for us to let her go. For as the poet George Barker once wrote, let the mourning pass into morning.
Posted by Shafiq Morton at 6:08 AM No comments:

Opinion divided on Syria conflict, but consensus US should not attack


﻿
NO issue has more horrified, confused and divided the community than the Syrian crisis – in many ways a re-visiting of the dirty tricks era of the 1970’s Cold War due to US, Russian, Saudi Arabian, Chinese and Iranian interference.


It has horrified with its ferocity and violence. Assaults on non-combatants have been its most abhorrent hallmark, the chemical weapon attack in Ghouta, Damascus, (which killed just over a thousand people) the latest example.


And whilst the US pins blame on Bashar al-Asad – described as a “murderer and oppressor” by the non-ikhwan scholar Shaikh Muhammad Yaqoubi – doubts do ring as to who exactly perpetrated the atrocity.


A Syrian media source told me that Maher al-Asad, brother of Bashar, had ordered the strike as retaliation to Alawite villages being hit by the Free Syrian Army. There was much disgruntlement in the Asad camp, he said.


On the other hand, an AP story claimed that rebels had “mishandled” Saudi-supplied chemical weapons. However, media reports on Syria are often diluted with propaganda, so the proverbial jury is still out – especially with the UN chemical weapons inspectors having to sift through a forensically contaminated site in Ghouta.


In Russia, President Vladimir Putin told the Channel 1 network that he had “plans” if the US struck at Damascus. Other reports had him allegedly saying that he would send missiles against Saudi Arabia, this after Saudi Arabia’s intelligence minister, Prince Bandar Sultan, had tried to wheel-and-deal with him on standing by when the US intervened.
Later Putin was reported as saying that whilst he cautioned about a "one-sided" attack on Syria, he did not rule out supporting a UN resolution on air strikes  if Asad was found guilty of the chemical weapons attack.


What is reliable, though, is that since March 2011 over 100, 000 Syrians have died, 2 million have fled, 5 million have been displaced internally and the country now lies in ruins – the UNCHR and international NGO’s warning of the Middle East’s worst humanitarian disaster in modern history.


On the political stage it has confused because it has become a toxic scrum of confusing agendas: Gulf States throwing money at Wahhabi brigands to curb the “Shi’ah-Alawite crescent”; the Iranians desperately protecting the Tehran-Damascus-Lebanon corridor; Russia hanging on to its last Mediterranean naval base; China sticking it to the US and the US being the ignored policeman.


In fact, the Syrian conflict has become so convoluted that The Independent’s Robert Fisk has drily observed that if President Obama does press his missile button, it will see the US fighting on the same side as Al-Qaeda.


In between all of this, disparate elements of the Free Syrian Army – consisting of armed civilians with little or no military training – try to hold their shattered lives together. And, meanwhile, the jets fly from Damascus.


Back home in South Africa, the Syrian crisis has divided the community on sectarian lines, and kindled the embers of a Shi’ah-Sunni conflict, a conflict embodied in whether you support Asad, Iran or the FSA. No middle ground here: those attempting to traverse it have been shot at from all sides.


Indeed, no modern crisis has struck as deep into Muslim psyche as the Syrian one. ‘Ulama, academics and the man in the street have all felt the pain, no matter what side, and there has been much public comment on the matter.


Mostly, organisations have confined themselves to relief work based on scouting missions to refugee camps and sorties over the Syrian border from Turkey or Jordan.


The Jami’at ul-‘Ulama in KZN, one of the local organisations involved in Syrian relief work, described the Syrian situation as an “intractable divide”. The Cape-based Muslim Judicial Council, which sent a delegation of specialists to Syria, issued an extensive report, as did the humanitarian organisation, Gift of the Givers.


The detractors have operated mostly in the social media space. One individual levelling the charge of “hypocrisy”, due to the Al-Qaeda-sympathetic Jabhat an-Nusra fighting on the side of the FSA, has demanded almost daily condemnations from organisations such as the MJC and Gift of the Givers of alleged FSA atrocities.


However, on the issue of military intervention, there is universal consensus – Syria should not be attacked by the US.


MJC president Maulana Igshan Hendricks said he supported government’s statement that further war in Syria would only worsen the situation.  Stating that “violence does not beget peace”, he called on the UN to be allowed to perform its mandate in protecting all Syrian citizens.


Ebrahim Vawda of the Media Review Network said that whilst the chemical weapons attack had to be condemned unequivocally, one could not forget the greater geo-political game being played out in Syria .


Naeem Jeenah of the Gauteng-based Afro Middle East Centre told the media that Syria had put the global powers on a “knife edge”.


A representative of Cape Town’s Shi’ah community, who did not want to be named, said that if Obama attacked Syria it would unleash “dark forces” and great instability in the region from which only Israel and the IMF would benefit.

Posted by Shafiq Morton at 7:05 AM No comments: